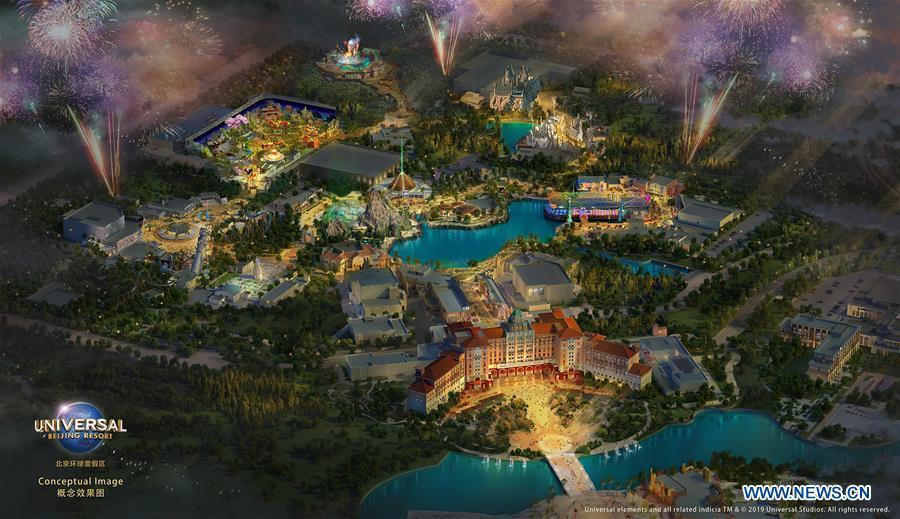 The Universal Studios Beijing theme park will open its doors for trial operations in the spring of 2021, local authorities said Wednesday.

The announcement confirms that the park is still on course for its scheduled 2021 opening date, as revealed by the Universal Beijing Resort in October 2019.

The park's amusement rides are currently being installed and tested, according to the culture and tourism management commission of Beijing's Tongzhou District.

Electricity and water supplies, police offices, fire stations and other facilities will also begin operations in time for the big opening, said Wang Dongsheng, deputy director of the commission.

Construction work is underway to improve the flow of traffic to the park, including traffic interchanges, allowing visitors to arrive at the parking lot via the highway and Beijing's Sixth Ring Road. Tourists will also be able to take subway trains and buses to the park.

After completion, the theme park is expected to receive more than 10 million tourists per year, said the commission.