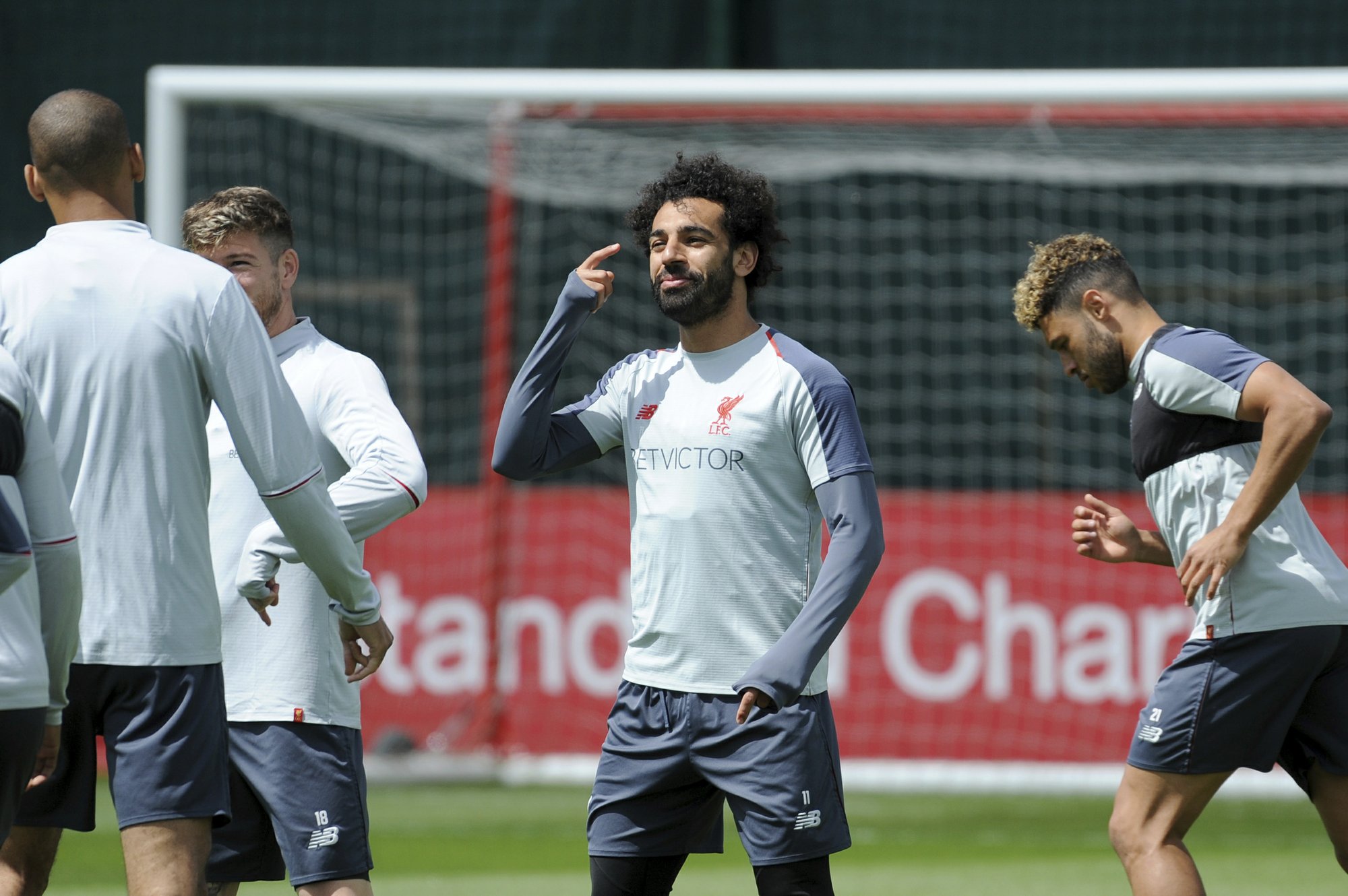 Liverpool's Mohamed Salah, center, takes part in a training session at the Liverpool soccer team media open day, in Liverpool, England, Tuesday, May 28, 2019, ahead of their Champions League Final soccer match against Tottenham on Saturday in Madrid. (Photo: AP)

Spanish authorities said the police operation prepared for the final between Liverpool and Tottenham will be the biggest ever for a sporting event in the Spanish capital. The measures will surpass those put in place for last year’s Copa Libertadores final between Argentine rivals River Plate and Boca Juniors, a match that was also declared “high risk” by authorities.

“We will do more than we did during the Copa Libertadores final,” National Police general director Francisco Pardo said. “We will guarantee citizens a very powerful security operation during these days in which we will have so many fans in the city of Madrid.”

The security measures for the Champions League were discussed Tuesday in a meeting of nearly two hours in Madrid involving officials from several different security areas and members of UEFA.

More than 4,700 security personnel will be involved in the operation, which for the first time will include the use of drones to monitor fan activity. Heavy vehicles will be kept away from the Wanda Metropolitano Stadium on the day of the final, and fans will undergo extensive security checks to be able to get near the venue.

Officials said Spain is keeping the country’s terror alert at Level 4, indicating high risk. It has been at that stage of alert since 2015.

More than 30,000 English fans are expected to travel to watch the final at the 68,000-capacity Metropolitano, which is home to Atletico Madrid.

Liverpool and Tottenham were each allocated nearly 17,000 tickets for their fans, but Spanish authorities expect many thousands more to make the trip without tickets or pre-arranged lodging, heightening the possibility of fan trouble around the city.

Authorities said extra measures will be implemented to keep rival fan groups separated from the time they arrive at Madrid’s airports or train stations until they leave the city.

“This event this weekend will attract many thousands of people to Madrid but I’m sure that with the planning of the National Police and the airports and the local organizing committee, all the visitors who will come to Madrid will have a marvelous time,” said Ken Scott, UEFA’s safety and security advisor.

Authorities and UEFA said for the first time they will implement Fan Information Teams, which will consist of groups of personnel from different areas who will roam different sites to help solve minor problems affecting fans before and during the final.

The Copa Libertadores final was played at the Bernabeu in December after being moved from Argentina because of fan violence. It prompted heavy security measures because of the presence of many rival Argentine fan groups, though no major problems were reported in the city before, during and after the South American club final.

“The Copa Libertadores final was a great challenge and we succeeded greatly, showing the world the image of a country that is safe and experienced in organizing these types of events,” Pardo said.