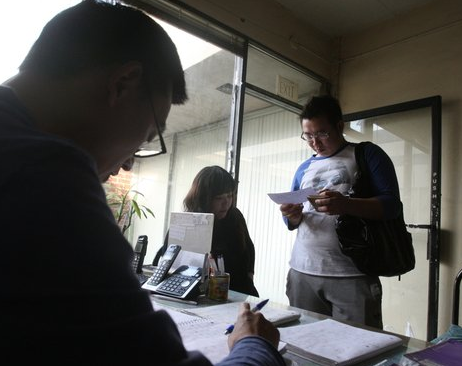 Los Angeles (People's Daily) - The Trump administration’s immigration policies and visa restrictions have caused a decline in the number of foreigners entering the US.

Business has been sluggish at employment agencies dedicated to Chinese new immigrants, and especially so in Los Angeles County and the Southern California region.

Job recruiters in the San Gabriel Valley have witnessed a significant drop in the number of applicants applying for food service, housekeeping, and home repair jobs, industries that have typically relied on Chinese immigrants.

Suzan Wu, a recruiter in Rosemead, a city in the Greater Los Angeles where the majority of residents are Chinese, said most new arrivals will try and find work in the massage industry as the wages are higher than in other service sectors.

Unfortunately, this makes it difficult for Wu to find qualified candidates in a short amount of time to fill vacant positions. The higher wages offered in the massage profession have forced other industries to offer higher wages to attract better employees. However, as immigration policies tighten, the number of job vacancies increases.

It is believed that Chinese restaurants in Southern California offer higher wages than other Asian eateries anywhere in the region. However, with better pay rates comes added pressure and demands from employers. It is not uncommon for food service employees to work 10-hour days without receiving overtime pay.

Chinese new immigrants are less eager to endure such hardships and now try to find jobs that offer high wages for less work.

Li, a recruiter in nearby Monterrey Park, shared a recent story about a Chinese woman who was looking for a job.  Supposedly, the woman had just arrived from Tianjin and was new to Los Angeles.  As she explained to Li, she wasn’t interested in working for less than 3,000 yuan a month.

Such demands are not uncommon even though they make his job harder, Li said. More Chinese immigrants today demand high-paying jobs without taking into consideration personal skill sets or previous work experience.

Unless a Chinese immigrant is proficient in English and has the necessary experience for a specific job, most new arrivals are not going to find what they want.

Many Chinese immigrants will overexaggerate their professional skills and experience, and fail to recognize the gap between reality and personal expectations. Such unrealistic behavior has given rise to problems that should have otherwise been avoided.

Li said that sometimes Chinese immigrants will become verbally abusive toward a recruiter and will threaten them with physical violence.

Recently, a female recruiter had to call 911 after she was attacked by another Chinese woman who was frustrated that she couldn’t find a job.

At another agency nearby, a fight broke out between two Chinese men who were both proficient in English that left one of them dead from a gunshot wound to the head, and the alleged gunman still at large.

Chinese job seekers are also turning to social media platforms like WeChat, which has a “Circle of Friends” feature that makes the referral process much easier and more reliable while also cutting out the need for a recruiter.

Some Chinese new immigrants in search of a job are not as concerned with becoming a victim of fraud or with other risks when they find employment based on a referral, and some Chinese employers in the area have said they feel the same way.