CULTURE Uruguay into quarters; Ronaldo and Portugal out

Uruguay into quarters; Ronaldo and Portugal out

Edinson Cavani has scored twice to lead Uruguay to a 2-1 win over Cristiano Ronaldo and European champion Portugal in the round of 16 at the World Cup.

It means Ronaldo followed Lionel Messi out of the World Cup on the same day. Uruguay advanced to a quarterfinal against France, which beat Argentina 4-3 earlier Saturday.

Cavani opened the scoring for Uruguay with a header off a cross by Luis Suarez in the seventh minute and added his second goal with a perfectly-timed side-footed shot in the 62nd, seven minutes after defender Pepe had equalized for Portugal in what was the first goal conceded by Uruguay at the tournament.

Cavani limped off the field in the 74th, helped by Ronaldo.

Two-time world champion Uruguay hadn’t reached the last eight at the World Cup since a fourth-place finish in 2010. 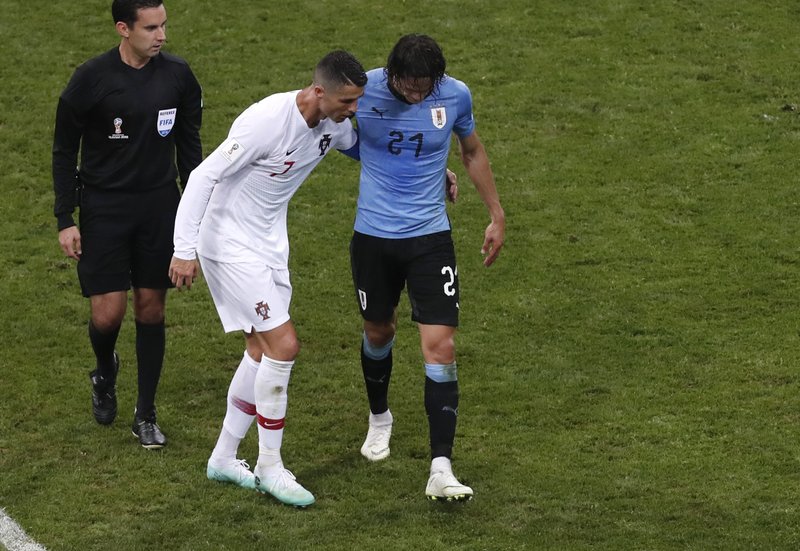