US Border Patrol Museum opens a world on the evolving agency 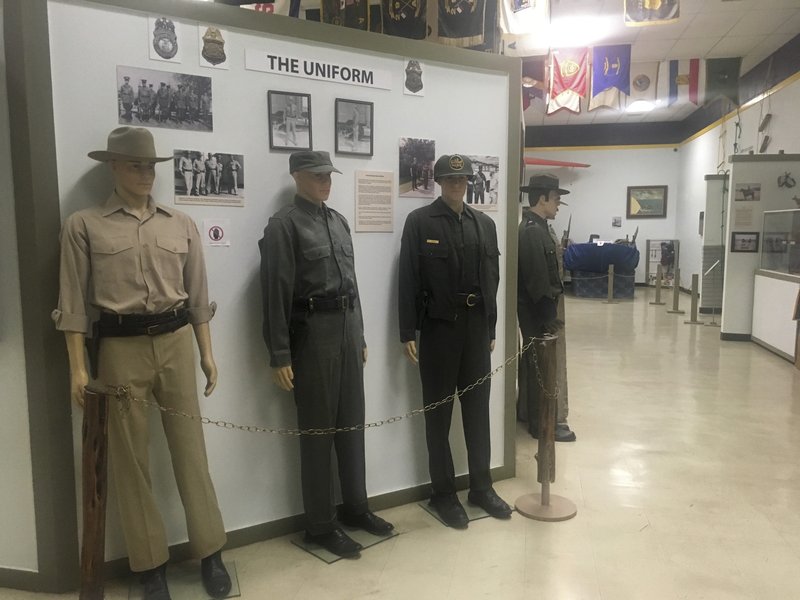 For many Mexican-Americans living near the US-Mexico border, the US Border Patrol was viewed as a federal government agency to be feared. Its agents might raid the factory where you worked, question your citizenship status at checkpoints, and detain you if an agent thought you were in the country illegally or were hiding drugs.

To some Latinos, the work of the US Border Patrol seemed racialized.

A museum dedicated to the history of the US Border Patrol seeks to give a more complex view of a once unknown agency that rose from obscurity to become one of the nation’s most powerful arms of law enforcement. The privately funded museum in El Paso, Texas — near one of the busiest US ports of entry — attempts to piece together its history as the nation’s views on immigration, travel and border security have changed.

Using photos, artifacts, newspaper clippings and even movie posters, the US Border Patrol Museum explores the story from the agency’s formation — to fight Chinese immigration and enforce Prohibition — to its current role at a time of massive migration, cartel drug smuggling and political skirmishes.

Museum visitors learn about some of the challenges agents faced over the years, from rudimentary equipment to lack of jurisdiction. Mounted horsemen and poorly assembled vehicles gave way to high-tech helicopters and surveillance accessories as expectations of the agency increased.

Visitors can even jump into a retired helicopter and an all-terrain vehicle.

The evolution of the border-patrol uniform alone — from something resembling the mythic Old West lawman to today's heavily armed agent in a post-Sept. 11 world — shows how the agency became professionalized over a century.

Also on display are a rope ladder used by an alleged smuggler to climb over a border wall, and tools from an underground tunnel discovered in San Luis, Arizona.

There’s a raft made out of scrap metal, tire tubes and blue canvas used by Cuban migrants attempting to land in Florida. (Interestingly, the raft’s exhibit is called "Voyage to Freedom", while exhibits about immigration from Mexico focus on border enforcement).

Congress created the US Border Patrol in 1924, and the agency slowly grew as its mission transformed. Emmanuel Avant "Dogie" Wright and a handful of others were some of the first agents hired to guard nearly 2,000 miles (3,200 kilometers) of the southern border.

Kelly Lytle Hernandez, a University of California, Los Angeles history professor and author of "Migra!: A History of the US Border Patrol" (University of California Press, 2010), says that initially there were no restrictions on Mexican immigration because US agricultural growers wanted a steady stream of workers. That, of course, would change.

For the most part, the museum does a fair job of explaining the agency's metamorphosis. However, it downplays the corruption and mismanagement of its early days, and its role in discriminating against Mexican-Americans along the border that federal courts were forced to halt thanks to various challenges.

For example, in 1992 a federal judge ruled that the US Border Patrol had violated the rights of Mexican-American students at Bowie High School in El Paso by repeatedly stopping them to ask about citizenship status. The border patrol was forced to change some of its tactics and focus on aggressive patrols along the El Paso area, focusing migrants to change their routes to the more unforgiving Arizona desert.

There also are some surprises.

Documents and photos illustrate the role the US Border Patrol played in the Civil Rights Movement. In 1962, for example, Attorney General Robert Kennedy requested that 300 border patrol agents come to support US Marshals working to ensure that black student James Meredith be allowed to enroll at the previously segregated University of Mississippi. Violence ensued, and 77 Border Patrol agents were injured.

The US Border Patrol Museum receives no federal funding and operates on donations. It's an excellent introduction to an agency that remains little known to most Americans, beyond soundbites and quick images on cable news.

THE US BORDER PATROL MUSEUM

Open Tuesday to Saturday 9 a.m. to 5 p.m. Admission is free.