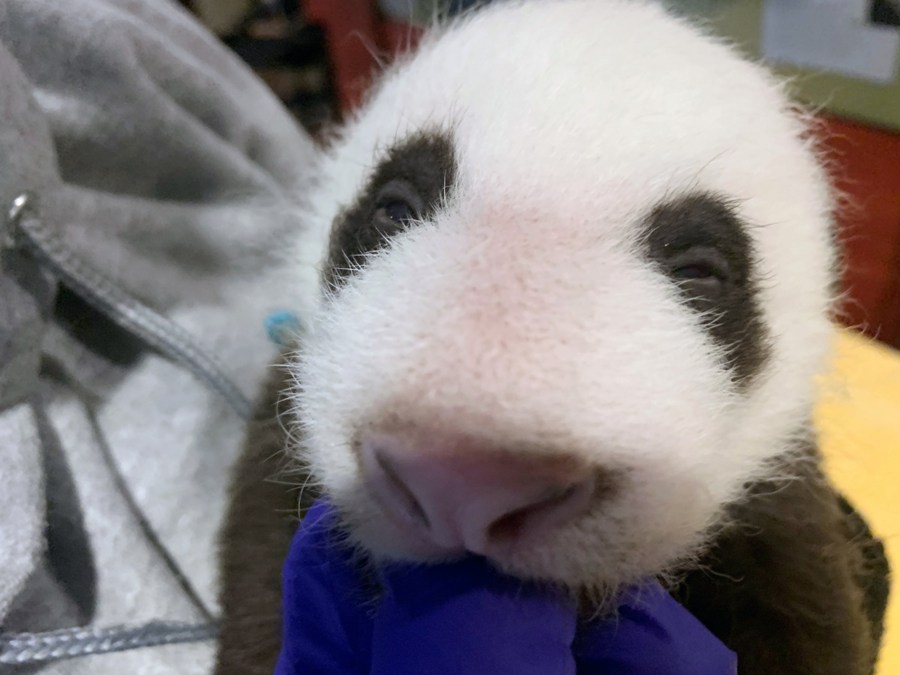 Giant panda keeper Marty Dearie wrote in an update that the eyes of the cub, which was born in August, will be fully open around eight weeks of age.

Dearie also said the giant panda team had given the cub another quick check-up, while it "was wide awake, alert and very vocal."

The cub weighed 1.66 kilograms and measured 35.56 centimeters from nose to tail tip. Its abdominal girth remained steady at 31.75 centimeters.

"Just like all babies, giant pandas go through spurts of steadiness and growth. All in all, we are very happy with the progress it is making -- it is gaining weight and very active," Dearie noted.

The Smithsonian Conservation Biology Institute's Center for Conservation Genomics is analyzing the cub's DNA to determine its sex.

Outwardly, male and female cubs appear similar at birth, so a genetic test is the most accurate way to determine the sex.

Mei Xiang, 22, gave birth to the cub on Aug. 21, the seventh since she and male giant panda Tian Tian began living in the zoo in 2000. Three of her cubs have survived to adulthood.

Part of the renowned Smithsonian Institution, the national zoo, located in northwestern Washington, D.C., has a decades-long partnership with Chinese scientists and curators on conserving giant pandas.