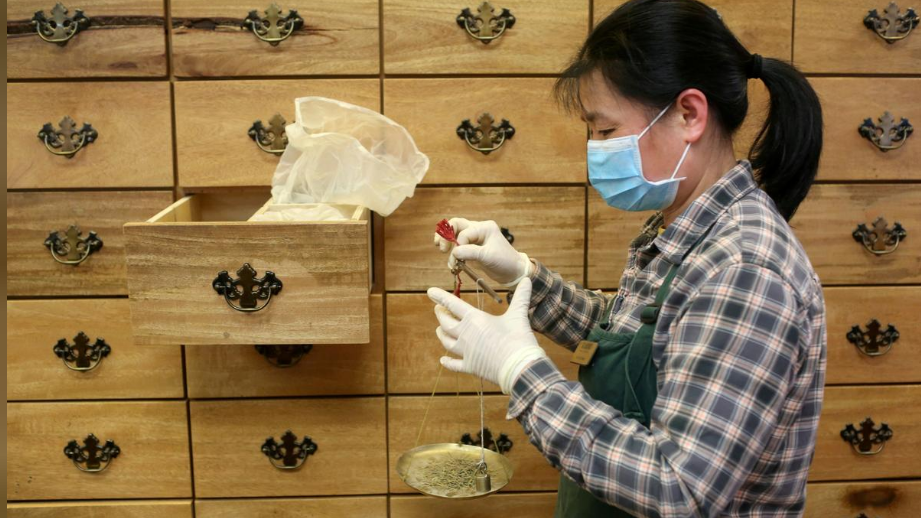 New York City acupuncturist and herbalist Clayton Shiu says demand for traditional Chinese remedies has surged at his practice since March 1, the day New York announced its first case of the novel coronavirus.

"It was like a light switch was flipped," said Shiu, who had stocked up and had an ample supply of herbs on hand for his patients.

Kamwo Meridian Herbs, a shop in the heart of New York's Chinatown and a longtime supplier to practitioners like Shiu, has experienced a similar jump in demand for traditional Chinese remedies for respiratory and other ailments.

To counter the outbreak in China, which has reported nearly 81,000 cases, the government initiated a series of emergency research programs that include traditional Chinese medicines, which are widely used in the world's most populous nation.

Last year, the World Health Organization (WHO) formally recognized traditional medical therapies such as acupuncture and herbal supplementation medicine, conferring more mainstream recognition of the practices, which date back more than 2,500 years.

At Kamwo, prescription orders for herb formulas used to treat flu-like symptoms and boost the immune system almost doubled since late February as confirmed cases of coronavirus started spreading across the United States.

On a recent afternoon, the store was bustling with activity as the delicate scent of medicinal herbs wafted through the air. Against the backdrop of an imposing apothecary cabinet, workers loaded herbs onto old-fashioned weighing scales as customers placed orders for formulas that include honeysuckle, cinnamon twig, peony root and other substances.

Since the outbreak began, members of the close-knit traditional Chinese medicine community have been sharing formulas for prevention and treatment, helping boost demand for certain ingredients and driving up prices, Shiu said.

Patients infected by the coronavirus, which has already contributed to at least 22 deaths in the United States as of Monday and nearly 4,000 worldwide, often present symptoms such as fever and cough, similar to those found in influenza patients.

To date, there is no vaccine and no specific antiviral medicine to prevent or treat COVID-19.

At Calihouse Nutrition, a tiny shop in the heart of New York's Chinatown, Patrick Siu was dealing with a steady stream of customers who were inspecting shelves and barrels filled with herbs and roots.

A 40-pound supply of medicinal herbs that would normally last two to three weeks now sells out in just a few days, he said.

Best-selling items such Japanese honeysuckle and the popular cold remedy Ban Lan Gen Chong Ji were already hard to find and prices were rising fast, according to Siu, 48, who emigrated to the United States from Hong Kong in the late 1980s.

With demand so high, herb purveyors and practitioners have become concerned about a growing supply crunch for certain herbs that come almost exclusively from China.

Mayway, a Chinese medicine business in San Francisco, said on its website that it had experienced an "unusual increase in ordering quantities" and asked its customers to limit their orders to what was needed. It said it anticipated supply delays "due to the low volume of container ships currently leaving China," according to its website.

"Vendors have told us you can't order more than 50 percent of what you normally do, (you) have to ration for flu herbs," said Thomas Leung, chief executive of Kamwo. "I'm not freaking out about it, but we are keeping an eye on it."

Worldwide, traditional medicine, including Chinese practices, generate some 60 billion U.S. dollars a year, according to a WHO Bulletin.