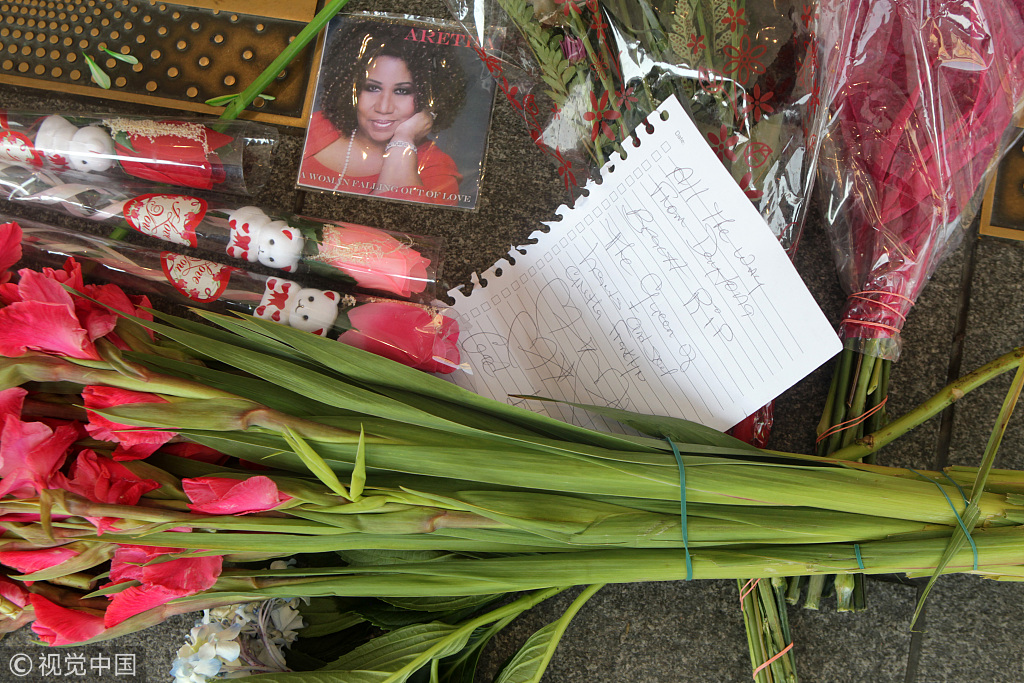 CHICAGO, Aug. 16 (Xinhua) -- US cultural icon Arethra Franklin died on Thursday at her home in Detroit, Michigan, at age 76 after a battle with pancreatic cancer.

Americans called her the "Queen of Soul," and US music industry magazine Billboard, which maintains charts of popular American songs, lists Franklin as the second-most charted female artist in the chart's 59-year history.

Less than an hour of news breaking of her death, flowers and candles had been placed on her star on the Hollywood Walk of Fame in Los Angeles, California.

The family released a statement saying, "In one of the darkest moments of our lives, we are not able to find the appropriate words to express the pain in our heart. We have lost the matriarch and rock of our family. The love she had for her children, grandchildren, nieces, nephews, and cousins knew no bounds."

"We have been deeply touched by the incredible outpouring of love and support we have received from close friends, supporters and fans all around the world. Thank you for your compassion and prayers." the statement said.

"We have felt your love for Aretha and it brings us comfort to know that her legacy will live on. As we grieve, we ask that you respect our privacy during this difficult time." 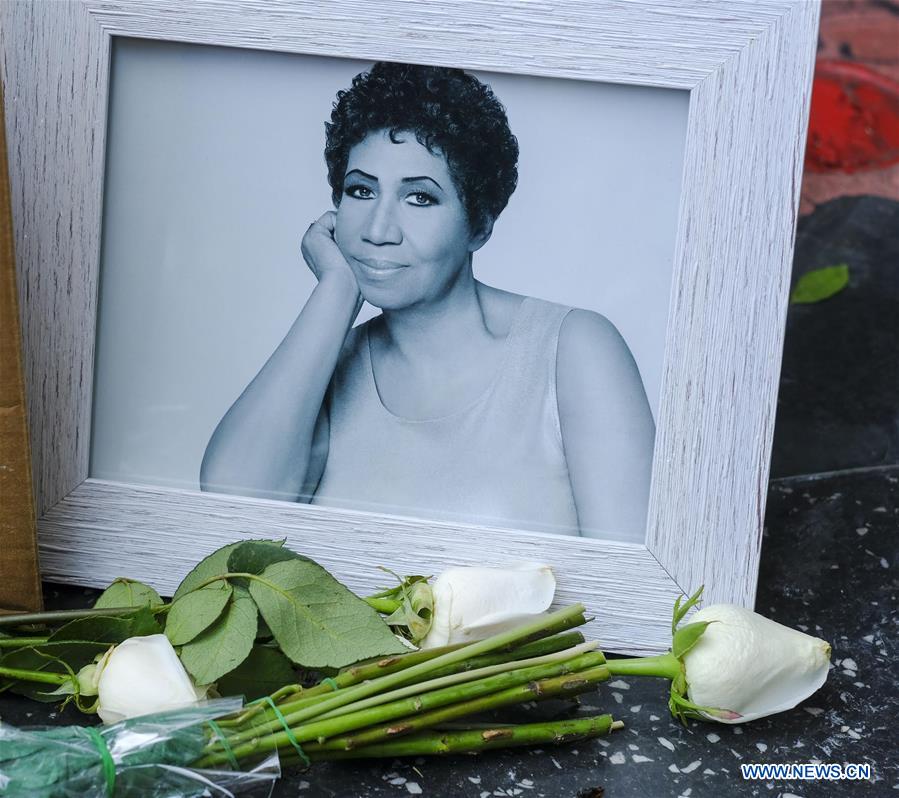 Flowers are placed on Aretha Franklin's star at the Hollywood Walk of Fame in Los Angeles, the United States, on Aug. 16, 2018.

Franklin has won 18 Grammy Awards, and was inducted into the Rock and Roll Hall of Fame in 1987. The Recording Industry Association of America certified her as one of the best-selling musical artists of all time. From the release of her first charted record in 1961, her total certified units reach 24.7 million sales. The Chicago Tribune lists Franklin as having sold 75 million records.

US President Donald Trump tweeted on Thursday, "The Queen of Soul, Aretha Franklin, is dead. She was a great woman, with a wonderful gift from God, her voice. She will be missed!"

In a press conference in 2005, then-President George W. Bush told reporters of Franklin, "She chills you, heats you, affects your soul. It's exhilarating."

Funeral arrangements have not yet been made.