CULTURE US drinking more now than just before Prohibition

US drinking more now than just before Prohibition 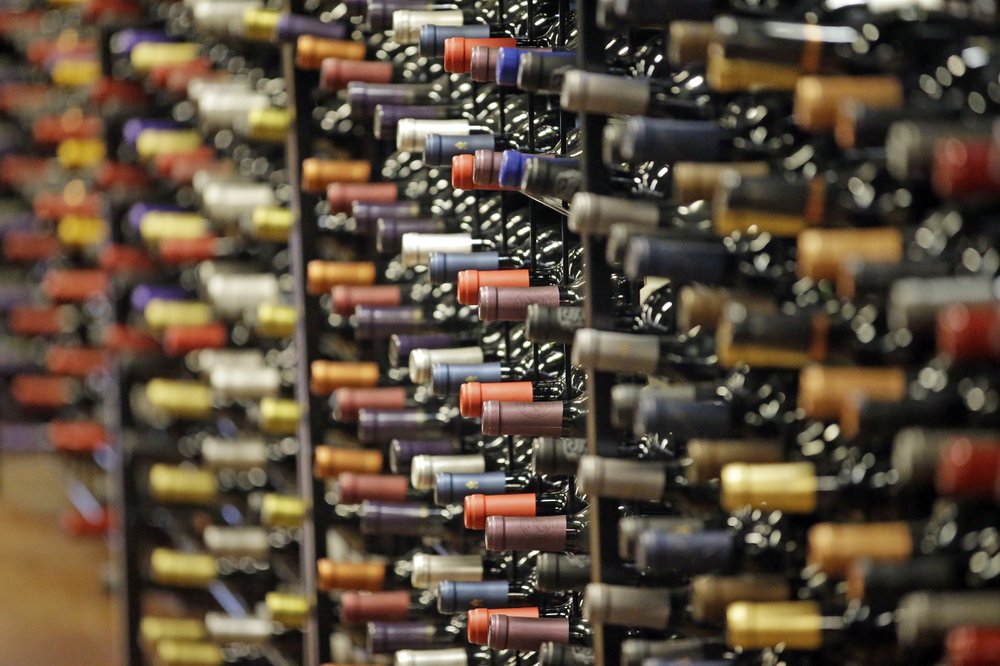 In this June 16, 2016, file photo, bottles of wine are displayed during a tour of a state liquor store, in Salt Lake City. (Photo: AP)

Americans are drinking more now than when Prohibition was enacted. What’s more, it’s been rising for two decades, and it’s not clear when it will fall again.

That’s the picture painted by federal health statistics, which show a rise in per-person consumption and increases in emergency room visits, hospitalizations and deaths tied to drinking.

The stats aren’t all bad. Drinking among teenagers is down. And there are signs that some people are taking alcohol seriously — such as the “Dry January” movement making the rounds on social media.

“Consumption has been going up. Harms (from alcohol) have been going up,” said Dr. Tim Naimi, an alcohol researcher at Boston University. “And there’s not been a policy response to match it.”

HOW MUCH DO AMERICANS DRINK?

In the late 1910s, just before Congress banned the sale and manufacture of alcoholic beverages, each American teen and adult was downing just under 2 gallons of alcohol a year on average.

These days it’s about 2.3 gallons, according to federal calculations. That works out to nearly 500 drinks, or about nine per week.

Historians say drinking was heaviest in the early 1800s, with estimates that in 1830 the average U.S. adult downed the equivalent of 7 gallons a year.

That waned as the temperance movement pushed for moderation, abstinence and, later, a national ban on the manufacture and sale of alcohol. In 1919, Congress passed the 18th Amendment, instituting the ban. It went into effect on January 17, 1920 — 100 years ago, this Friday — and lasted 13 years.

In 1934, a year after Prohibition was repealed, per-capita consumption was under 1 gallon. It’s been up and down since then. The apex was a heavy-drinking spell in the 1970s and 1980s, when U.S. per-person alcohol consumption was 2.75 gallons.

It went down in the mid-1980s, amid growing attention to deaths from drunken driving and after Congress passed a law raising the drinking age to 21. But it began climbing again in the mid-1990s.

WHY IS ALCOHOL CONSIDERED A PUBLIC HEALTH PROBLEM?

Excessive drinking is associated with chronic dangers such as liver cancer, high blood pressure, stroke and heart disease. Drinking by pregnant women can lead to miscarriage, stillbirth or birth defects. And health officials say alcohol is a factor in as many as one-third of serious falls among the elderly.

It’s also a risk to others — through drunken driving or alcohol-fueled violence. And research based on surveys suggests that more than half of the alcohol sold in the US is consumed during episodes of binge drinking.

More than 88,000 Americans die each year as a result of excessive drinking, a figure higher than the opioid-related deaths seen in a current drug overdose epidemic, according to the Centers for Disease Control and Prevention.

This month, researchers at the National Institute on Alcohol Abuse and Alcoholism released a different calculation of alcohol-related deaths. They scanned death certificates from over two decades to search for mention of alcohol. The numbers were lower, at a little under 73,000 in 2017. The researchers said death certificates can be incomplete, and their number is likely an undercount.

The more important finding, other researchers said, was that the number of alcohol-related deaths had doubled since 1999, and the death rate had risen 50%. Some or much of that may be related to the increasingly deadly drugs used in the overdose epidemic, since many people drink while taking drugs, said Aaron White, the study’s lead researcher.

About three-quarters of alcohol-related deaths are in men. But drinking among women — particularly binge drinking — has been a major driver of the increases in alcohol statistics.

White’s study found that the female death rate jumped 85%, while the male rate rose 39%. The highest alcohol-related death rates for women were among those ages 55 to 74, that research found. But increases were seen in younger women, too.

Binge drinking is swinging up most dramatically among women, other research has found.

Researchers say there’s been a change in cultural attitudes toward drinking, including among many women. Internet memes popular with stressed-out moms call wine “mommy juice” and joke about it being “wine o’clock.”

ISN’T A LITTLE BIT OF WINE GOOD FOR YOU?

Wine acquired a bit of a halo after some researchers observed that French people had lower rates of heart disease despite generally consuming high levels of saturated fat. This “French Paradox” triggered studies that suggested drinking a glass or two of red wine may have some benefits for heart health.

But increasingly, other researchers have poked holes in the hypothesis, arguing that lifestyle, diet and other factors probably deserve far more credit. After climbing for 24 years, US wine consumption dipped last year, according to the research firm IWSR Drinks Market Analysis.

“I think the halo has tilted or fallen off,” Naimi said.

“But,” he added, “for most people who drink alcohol, health is not their primary consideration.”