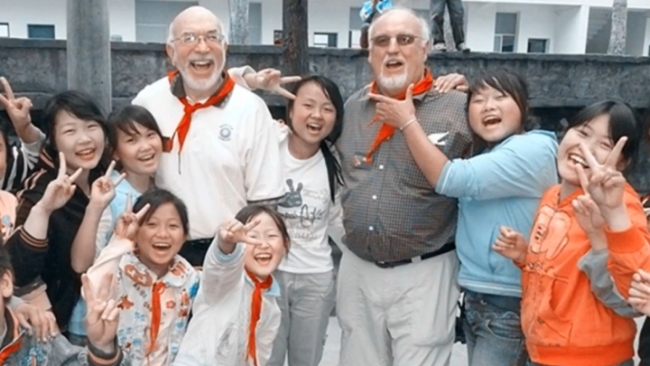 Steve Ting, chairperson of Shin Shin Educational Foundation, a non-profit charity organization based in the San Francisco Bay Area, told Xinhua on Saturday that his group is planning to divert more than 70 percent of available resources to implement a program to train more teachers and headmasters for schools in poor, remote rural areas in China.

"We are going to cooperate next year with Beijing Capital Normal University and other Chinese universities to run training classes for primary school teachers and headmaster, in addition to supplying rural Chinese schools with desks, computers, books, reading rooms and other hardware," Ting said.

The foundation will select some of the poorest rural primary schools in China and help them improve their school facilities, he said.

"We are going to take full advantage of the rapid development of internet applications in China to help them conduct both face-to-face and online training courses for the rural kids, especially in the areas of music, physical education, art and ethics education, which are short of teaching resources," Ting added.

He noted that the foundation raised nearly 1 million US dollars this year to help Chinese rural school kids, and picked a primary school in the Daliang Mountain region in southern Sichuan Province as their priority target of assistance.

Since its founding in 1997, the foundation has raised nearly 10 million dollars in 22 years to support rural Chinese children living in poverty, Ting said on the sidelines of the group's year-end meeting held in Silicon Valley.

Despite difficult conditions, rural Chinese students want to learn and "our work is to give them equal education that other students in China would be getting," said Keet Hamilton, an advisor to the English teaching program of the foundation.

In September 2019, Shin Shin Educational Foundation was recognized by the Sichuan Provincial government for its long-term, continuous and sustainable charity efforts in the province to help rural Chinese students in remote areas.