CULTURE US expected to raise vaping age to 21

US expected to raise vaping age to 21 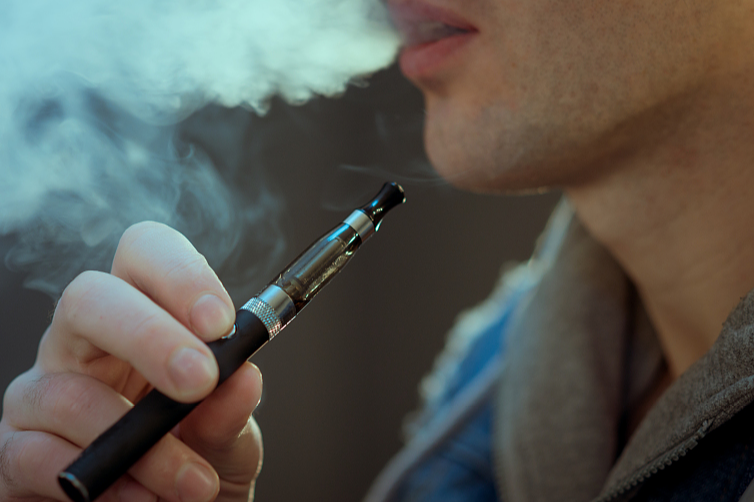 US President Donald Trump is expected this week to raise the age for vaping to 21 in response to a growing number of lung injuries and deaths stemming from the use of e-cigarettes.

Through Nov 5, the US Centers for Disease Control and Prevention (CDC) reported 2,051 cases of lung injury and 39 confirmed deaths from vaping, up from 1,888 injuries and seven deaths through Oct 29.

Health officials said vitamin E acetate, often used as a thickening agent in THC-infused vaping products, is the first tentative clue to the outbreak. But investigators caution that it's too early to definitively link it to the injuries or deaths.

Trump announced the planned regulatory change to reporters Friday at the White House but gave no details or when the change will take effect. His administration is expected to release its final report on vaping products this week.

In September, Trump directed the Department of Health and Human Services and the Food and Drug Administration to study the issue. Earlier reports suggested the US planned to ban all e-cigarette products except those that taste like tobacco and menthol, a revision of an initial plan to remove all flavored vaping products from the market.

The Wall Street Journal, citing an unnamed White House official, last week reported that the decision to permit some vaping products to remain on the market stemmed from their popularity in key states Trump needs to win in 2020 to secure a second term.

The cause of the injuries and deaths isn't known, but the CDC said it appears to be related to THC-infused products and not to tobacco or flavored vaping products. Tetrahydroncannabinol, or THC, is the active ingredient in cannabis that gives users a "high" or "buzz".

"The latest national and state findings suggest products containing THC, particularly those obtained off the street or from other informal sources (such as friends, family members, and illicit dealers) are linked to most of the cases and play a major role in the outbreak," the CDC said in its weekly update.

"At this time, the Food and Drug Administration and the CDC have not identified the cause or causes of the lung injuries in these cases, and the only commonality among all cases is that the patients report the use of e-cigarettes, or vaping products."

However, investigators believe vitamin E acetate may be a key risk factor in THC-infused products. Investigators said it's a tantalizing clue, but can't yet be definitively linked to vaping injuries and deaths.

Researchers found the material in fluid taken from the lungs of vaping patients in 10 different states, or about 20 percent of those affected by the outbreak. Further research is needed.

"For the first time we have detected a potential toxin of concern," Anne Schuchat, principal deputy director at the CDC, said Friday in a conference call with reporters.

New York state health officials said vitamin E acetate appeared to be a substance of concern in September after finding it in high concentrations in THC products used by those who had lung injuries.

Vitamin E acetate, a thick oil, is often found in food, dietary supplements and skin creams. It is an antioxidant and can protect the body from damaging compounds called free radicals found in ultraviolet light, cigarette smoke and air pollution.

Health officials can't definitively determine that vaping without THC-infused products is safe because no long-term data is available to establish possible health risks. Initially, vaping was thought to be less hazardous than smoking because there is no combustion of tobacco or the paper wrapping of a cigarette. In e-cigarettes, the flavor packet is heated but not burned.

Two surveys published this month in the Journal of the American Medical Association found that nearly 60 percent of high-school students and 54 percent of middle-school students reported that Juul was their favorite e-cigarette brand. High-school students favored mint-flavored vaping products followed by mango. For eighth-grade students, the preferences were reversed.

There are now about 5.3 million high school and middle school students who use e-cigarettes, compared with 3.6 million student users last year, the surveys found.

San Francisco-based Juul Labs, the leading producer of vaping inhalers, sells tobacco pods as well as mint and menthol flavors that are popular among teenagers.