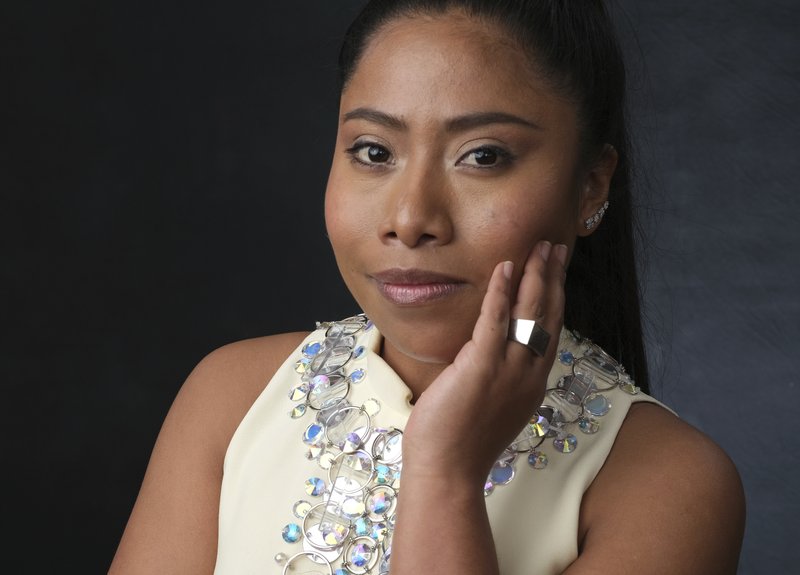 Yalitza Aparicio, the Oscar-nominated, first-time actress in “Roma,” is finding strong support among Mexican-American women who identify with her indigenous roots despite backlash she is receiving in Mexico.

Some Mexican-American women say they are glad Aparicio’s high-profile role is challenging typical images of light-skinned Latinas in Spanish-language films and TV shows, and they are expressing pride that she’s the first indigenous woman to be nominated for best actress at the Oscars.

US Latina Aparicio fans are holding Oscar watch parties, commenting to each other online with excitement and sharing on social media every move Aparicio makes.

The praise north of the US-Mexico border among fans of Mexican descent comes as Aparicio, who is from the Mexican state of Oaxaca, faces racist attacks online in her homeland and scorn from some Mexican actors. More recently, Mexican actor Sergio Goyri was caught on video criticizing Aparicio’s nomination and using a racial slur to describe her. He later apologized.

After she appeared on the cover of Vogue México last year, Aparicio was hit with a tirade of online racist comments that criticize her physical appearance.

“I am proud to be an Oaxacan indigenous woman and it saddens me that there are people who do not know the correct meaning of words,” Aparicio, who is of Mixtec descent, said in a statement earlier this month.

In “Roma,” Aparicio plays Cleo, a domestic worker for a Mexico City middle-class family in the turbulent early 1970s. She speaks in an indigenous dialect and in Spanish and works to navigate the different worlds for her own survival.

Astrid Silva, an immigrant rights activist in Las Vegas whose parents are from Mexico, said many Mexican-American women and Mexican immigrants in the US see themselves in Aparicio for many reasons.

“She’s a dark-skinned woman (who) comes from a poor region in Mexico like many of our families,” Silva said. “She’s not only challenging old notions of beauty that always involved blond hair and light skin. She’s threatening them.”

Aparicio’s popularity is especially strong in California where many Mexican-Americans can trace their roots to migrants from the southern Mexican states of Oaxaca, Michoacán and Guerrero. Those states have vibrant, diverse indigenous populations that historically faced discrimination in Mexico.

“We’ve been working to rediscover our indigenous roots and Aparicio’s presence is showing that we matter,” said Lilia Soto, an American Studies professor at the University of Wyoming, who grew up in Napa, California. “The racism she’s facing in Mexico also is an attack against us.”

Soto said Aparicio also is popular among Mexican immigrants in New York City who largely come from Puebla — another Mexican state with an indigenous population.

When Aparicio visited New York City last year, she was treated to a hero’s welcome among the Mexican immigrants she encountered.

Silva said she hadn’t planned on watching the Academy Awards until she heard about Aparicio’s nomination and “Roma’s” best picture nod.