CULTURE US move into last 16 of FIFA Women's World Cup

US move into last 16 of FIFA Women's World Cup

PARIS, June 16 (Xinhua) - The United States moved into the last 16 of the FIFA Women's World Cup with a game to spare after a comprehensive 3-0 win over Chile here on Sunday. 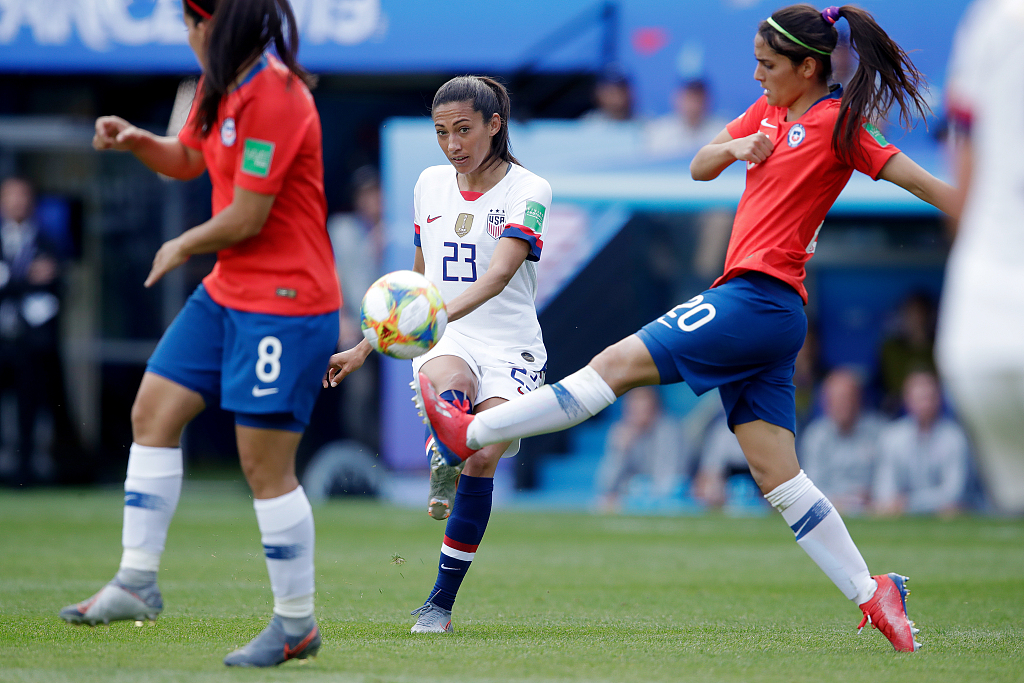 The Americans scored the triple in the first half with Carli Lloyd's brace and Julie Ertz's header.

The United States crashed Thailand 13-0 in their opening match on June 11 while Chile suffered a 2-0 defeat to Sweden.

The United States made sweeping changes in the starting line-up, dropping Alex Morgan who scored 5 in the first match, and sending veteran Lloyd to captain the team.

The three-time Champions dominated the game from the very beginning and broke the deadlock just 11 minutes into the game as Su Helen Galaz's clearance was not far enough. Lloyd followed to smash in a first-time volley and became the first player to score in six consecutive games in World Cup.

Chile had the ball in the net in the 22nd minute through free kick but was correctly flagged offside.

The Americans doubled the lead four minutes later when Ertz steered her twisting header into the net on Tierna Davidson's corner.

The defending champions remained dangerous on set plays as Lloyd headed in on another Davidson's cross.

The United States continued their pressure after the break. Chile Goalkeeper Christiane Endler stuck out a foot to parry Lindsey Horan's attempt and then denied Christen Press' volley.

The Americans scared the Chileans again in the 62nd minute as Jessica Mcdonald's curler hit the upright with Endler well beaten.

The United States kept pinning Chile back but Endler performed well to prevent from conceding more.

Lloyd should have completed a hat-trick in the 81st minute but she surprisingly missed a penalty confirmed by VAR.

The United States will take on Sweden in the last group game on June 20 while Chile meet Thailand.