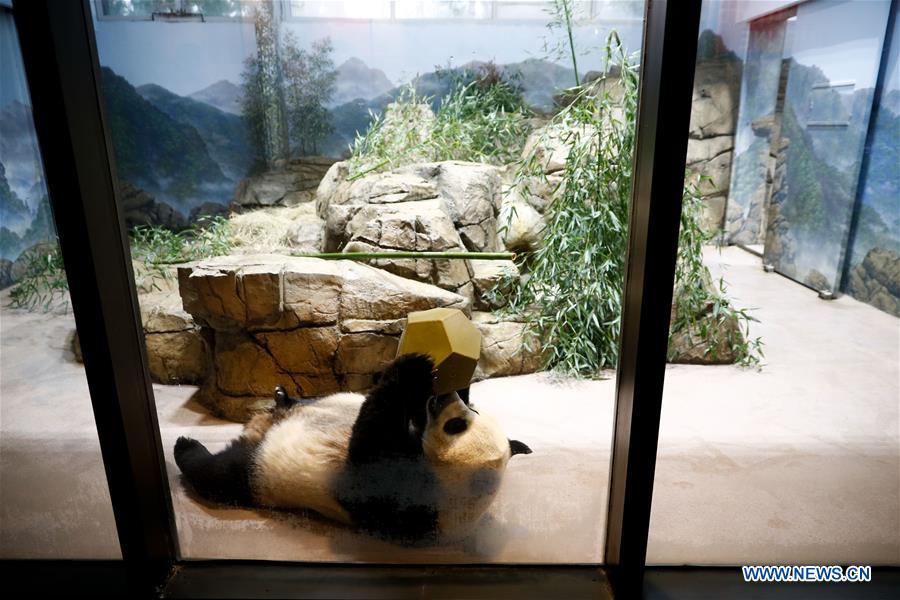 The zoo said in a press release that a team of reproductive scientists, veterinarians and panda keepers performed the artificial insemination on Mei Xiang, aged 20, Thursday evening.

The operation was approved by the China Wildlife Conservation Association and the U.S. Fish and Wildlife Service, which monitors giant panda research programs in the United States, according to the zoo.

Scientists and keepers had been closely monitoring Mei Xiang's behavior and hormones since she began displaying behavioral changes earlier this month, indicating she was entering her breeding season.

Since the window when a giant panda can conceive a cub is so short, the zoo's panda team performed an artificial insemination on Mei Xiang. They artificially inseminated her with fresh semen from Tian Tian, whom Mei Xiang arrived in the U.S. capital in late 2000 with, for the procedure.

"Every giant panda breeding season is slightly different, but Mei Xiang and Tian Tian have been displaying very clear and strong behaviors this year," Steven Monfort, John and Adrienne Mars director of the Smithsonian's National Zoo and Conservation Biology Institute, said in a statement.

"They made it extremely obvious to us that they were preparing for breeding, and in turn we have been tracking Mei Xiang's hormones to make sure we didn't miss the optimal window for an artificial insemination. It's time to wait and see if we were successful."

The panda team will not know if the artificial insemination was successful for several months, said the zoo.

Giant panda pregnancies and pseudopregnancies generally last three to six months. Veterinarians will conduct ultrasound to track changes in Mei Xiang's reproductive tract and determine if she is pregnant during the next several months.

Scientists will also monitor her hormones to determine when she is near the end of a pseudopregnancy or pregnancy. There is no way to determine if a female is pregnant by hormone analysis and behavior alone.

During their stay in the United States, Mei Xiang and Tian Tian, the zoo's second pair of giant pandas, have given birth to several cubs, three of which survived.

The latest census in 2014 found there were 1,864 giant pandas alive in the wild, up from 1,114 decades ago. The number of pandas bred in captivity reached 548 globally as of last November, according to China's National Forestry and Grassland Administration.