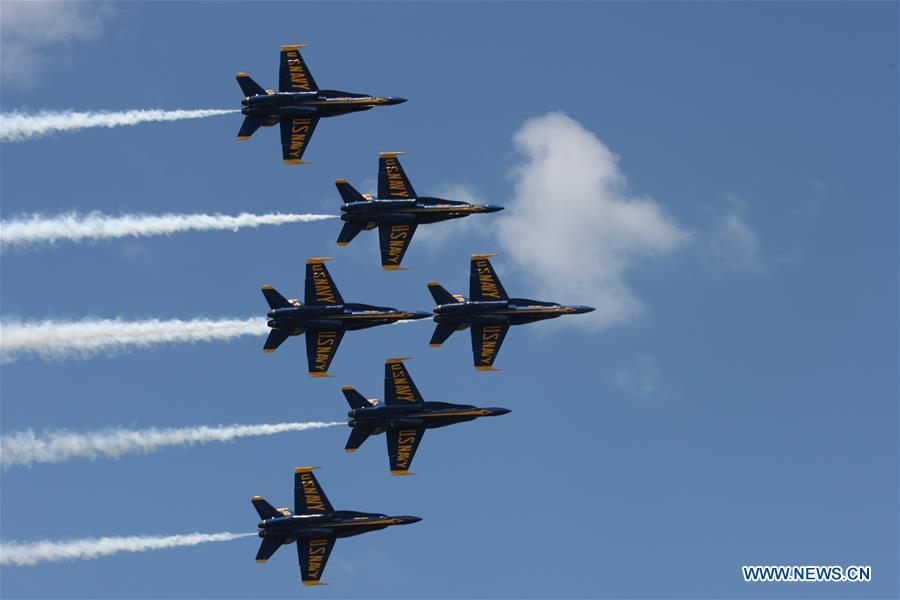 CHICAGO, May 12 (Xinhua) -- The U.S. Navy Blue Angels squadron flew over Chicago on Tuesday to salute the health care workers and first responders on the frontlines of the COVID-19 pandemic.

In the 15-minute performance, the Blue Angels looped the city from the South Side of Chicago to the west and north sides before ending along the lakefront.

The Chicago flyover is part of a three-city tour set for Tuesday, with other two cities being Detroit and Indianapolis.

Nationwide, the squadron has been part of a series of an ongoing salute in the skies, and has toured several major U.S. cities including New York, Philadelphia, Washington D.C., Jacksonville and Miami.

The U.S. state of Illinois reported 4,014 new cases of COVID-19 on Tuesday, a single-day record for the state and adding the total number of cases up to 83,021. Meanwhile, the state reported an additional 144 COVID-19 deaths on Tuesday, bringing the state's death toll to 3,601.