CULTURE US Open: Federer, Djokovic through as storm rages over umpire's Kyrgios pep-talk

US Open: Federer, Djokovic through as storm rages over umpire's Kyrgios pep-talk 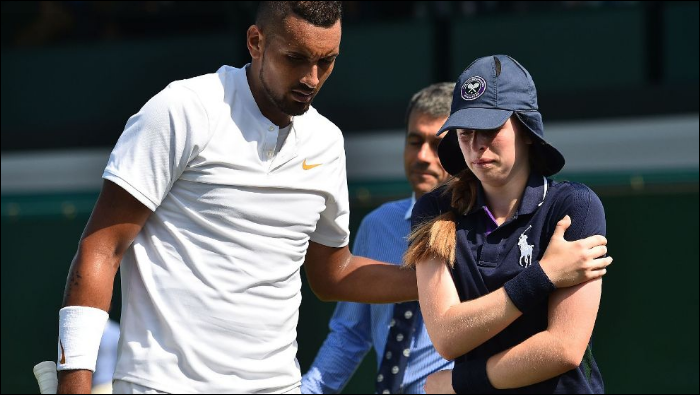 Roger Federer on Thursday set up a US Open third round clash against Nick Kyrgios who found himself at the center of an impartiality row after an umpire climbed down from his chair to tell him: "I want to help you".

Second seed and five-time champion Federer, 37, made it 18 wins in 18 second round appearances in New York by seeing off error-plagued Frenchman Benoit Paire 7-5, 6-4, 6-4.

"I think it's always tricky against Benoit, never quite the same point. Sometimes he plays very deep in the court, then he plays up in the court," said Federer.

Also going through were Wimbledon champion and two-time US Open winner Novak Djokovic as well as Marin Cilic, the champion in New York in 2014.

However, the match created a huge storm after respected umpire Mohamed Lahyani lost patience with the under-performing 30th seed and climbed down from his chair to tell the Australian, trailing by a set and 3-0, to try harder.

"I want to help you," Lahyani could be heard saying. "This isn't you. I know that. You are great for tennis."

A furious Herbert said that Lahyani had over-stepped the mark.

"The umpire doesn't have to talk to him at all. The only thing he can tell him is pay attention, because if you continue like this, I'm going to give you a warning," said the 27-year-old,

Kyrgios, however, played down the incident. "He said he liked me. I'm not sure if that was encouragement," said the Australian who nevertheless won 19 of the last 25 games following Lahyani's unprecedented intervention.

"He just said that it's not a good look. I know what I was doing out there wasn't good."

"I thought I played very well for the first two and a half sets and then I just lost it mentally. I got pissed off," said 2011 and 2015 champion Djokovic.

"I'm not happy with the way I lost concentration and composure but I managed to kind of regroup in the fourth."

Next up for sixth seed Djokovic is either Serb compatriot Laslo Djere or Richard Gasquet of France.

German third seed Alexander Zverev made the third round for the first time in four tries after a 6-4, 6-4, 6-2 victory over French lucky loser Nicolas Mahut.

"I'm doing a lot of stuff different. I don't go out at all," said the 21-year-old who will next face compatriot Philipp Kohlschreiber.