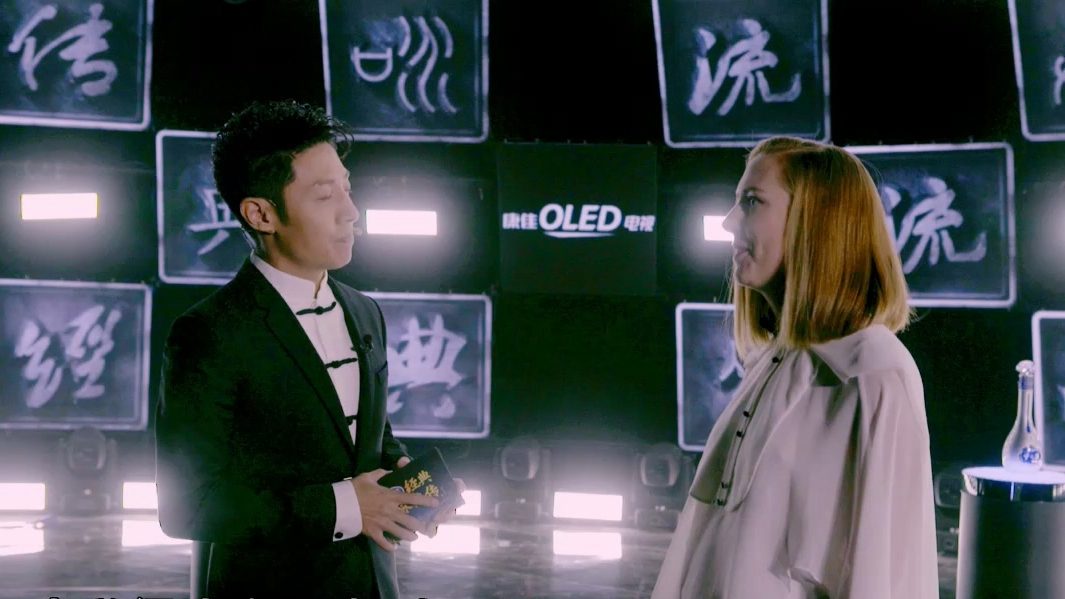 American Christine Welch sang a new version of the Chinese pop song "A Million Possibilities," with lyrics inspired by works of Chinese ancient philosopher Zhuangzi, on the latest edition of "Everlasting Classics," a variety show on China Central Television (CCTV).

The song was renamed "The Butterfly Dream: A Million Possibilities." "The Butterfly Dream" is one of the most well-known stories in the ancient Daoist classic "Zhuangzi," a book that gathered the philosophical theory of Zhuangzi and the descendants of the same school.

All of the symbols create a graceful, restrained and poetic setting to the song. When the words flowed out in her clear and steady voice, she stirred empathy from the crowd of listeners.

In one part, the rhythm sped up, creating a rap-like modern feeling to the ancient classic-based song.

The lyrics are a combination of original lines from literature by Zhuangzi, a thinker in the Warring States Period(475-221BC), and Li Bai, a famous poet in the Tang dynasty(618-907AD). Welch also used some lines of her own, making it a mash-up of old and new.

She has a bachelor's degree in Asian and Middle Eastern Language and Civilization from Northwestern University. Now she is in a PhD program for Chinese Literature and Culture at the University of Wisconsin-Madison.

This is not her first literary creation in Chinese. Previously, she managed to publish a poetry collection called "Christine's Book," which includes her original lyrics and poems in both English and Chinese. Some of the works are even done in ancient Chinese.

The pop song she adapted, "A Million Possibilities," was created by composer Skot Suyama and produced in 2014. Welch is also the lyricist and original singer of this Chinese-language piece. The song soon gained great popularity in China after its release and remains a hit.

Kang Zhen, a Chinese literature professor and guest on the show, said, “The thinking pattern (she used), is not only a Chinese way of thinking, but she sees the world through Chinese ancient philosophy and poetry art."

"I believe the number of young people like her is not merely one or two," he said, "but a lot. All the thinking young people across the world will realize, inside the Chinese ancient philosophy and poetry, there is wisdom, poetic beauty and a driving force that can invigorate their desire for life."