US rapper A$AP Rocky to face assault trial in Sweden 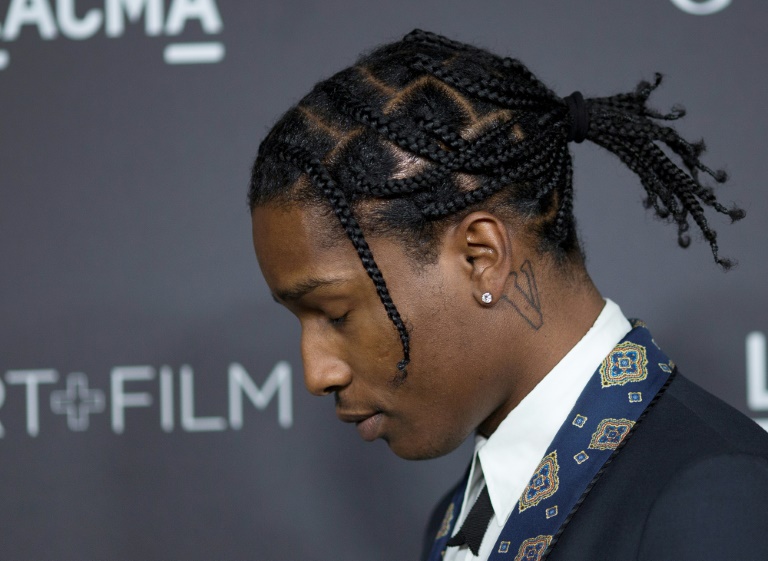 US rapper A$AP Rocky will be tried for an alleged assault next week over a June street brawl, a Swedish court said Thursday, in a decision likely to infuriate fans already indignant over his three weeks in custody.

"Today I have pressed charges against the three suspects for assault, because in my judgement what has happened amounts to a crime, despite the objections about self-defence and provocations," prosecutor Daniel Suneson said in a statement published Thursday morning.

The 30-year-old rapper, whose real name is Rakim Mayers, was arrested on July 3 along with three other people, following the brawl in Stockholm on June 30. One of them, the rapper's bodyguard, was later released.

Part of the fight was captured in an amateur video published by US celebrity news outlet TMZ. The rapper later published videos of his own to Instagram purporting to show the lead up to the fight.

Mayers has claimed he was acting in self-defence, saying he was responding to harassment and provocations by the plaintiff.

But Suneson said in his statement: "I have had more material to consider than what has been available on the internet."

According to the charge document filed with the Stockholm District Court, the evidence includes surveillance footage, witness testimony and text conversations that the prosecutor says prove there was no need for self defence and that a bottle was used as a weapon in the alleged assault.

Magnus Stromberg, the plaintiff's lawyer, told AFP his client suffered injuries that were "serious, nasty and he has been in a lot of pain".

On July 5 the court ordered Mayers be kept in custody pending investigation of the case as he was considered a "flight risk".

The court originally gave the prosecutor two weeks to decide on whether to press charges, and later granted a week-long extension.

Suneson's decision to press charges means the rapper can be kept in custody until his trial, which the court has set for next week.

The trial is scheduled to take place over three days, starting on July 30 and then continuing on August 1 and 2.

Assault carries a maximum penalty of two years in jail in Sweden.

Mayers' lawyer Slobodan Jovicic told reporters the decision was "expected" and his client maintains his innocence.

"He is extremely disappointed that the prosecutor has put the other account (of the events) ahead of his own," Jovicic said during a press briefing.

The musician, who had his breakthrough in 2011 with the release of the mixtape "Live. Love. A$AP", was on a European tour and has already had to cancel over a dozen shows.

Since his arrest, fans, fellow artists and US Congress members have campaigned for the artist to be freed.

US President Donald Trump contacted Sweden's Prime Minister Stefan Lofven directly to discuss the case, and tweeted Saturday he had been assured that Mayers would be "treated fairly".

"I assured him that A$AP was not a flight risk and offered to personally vouch for his bail, or an alternative," Trump added.

Lofven's press secretary Toni Eriksson confirmed the call and told AFP that "the prime minister was careful to point out that the Swedish justice system is completely independent".

An online petition called #JusticeForRocky has garnered more than 620,000 signatures. The rapper's detention has also led to accusations of racism by the Swedish justice system.

In May of last year, fellow rapper G-Eazy was charged with violence against a public servant, resisting arrest and possession of narcotics in Sweden, but was released after pleading guilty and fined 80 000 kronor (around $8,500 or 7,600 euros) after a day and a half in custody.

Responding to a question about whether law enforcement's handling of the case indicated racism, Mayer's lawyer Jovicic told reporters Thursday that he thought Sweden was "not a racist society".

"I think that my last name is living proof that anyone can make it here and I don't see that angle at all"," Jovicic said referring to his Serbian last name.