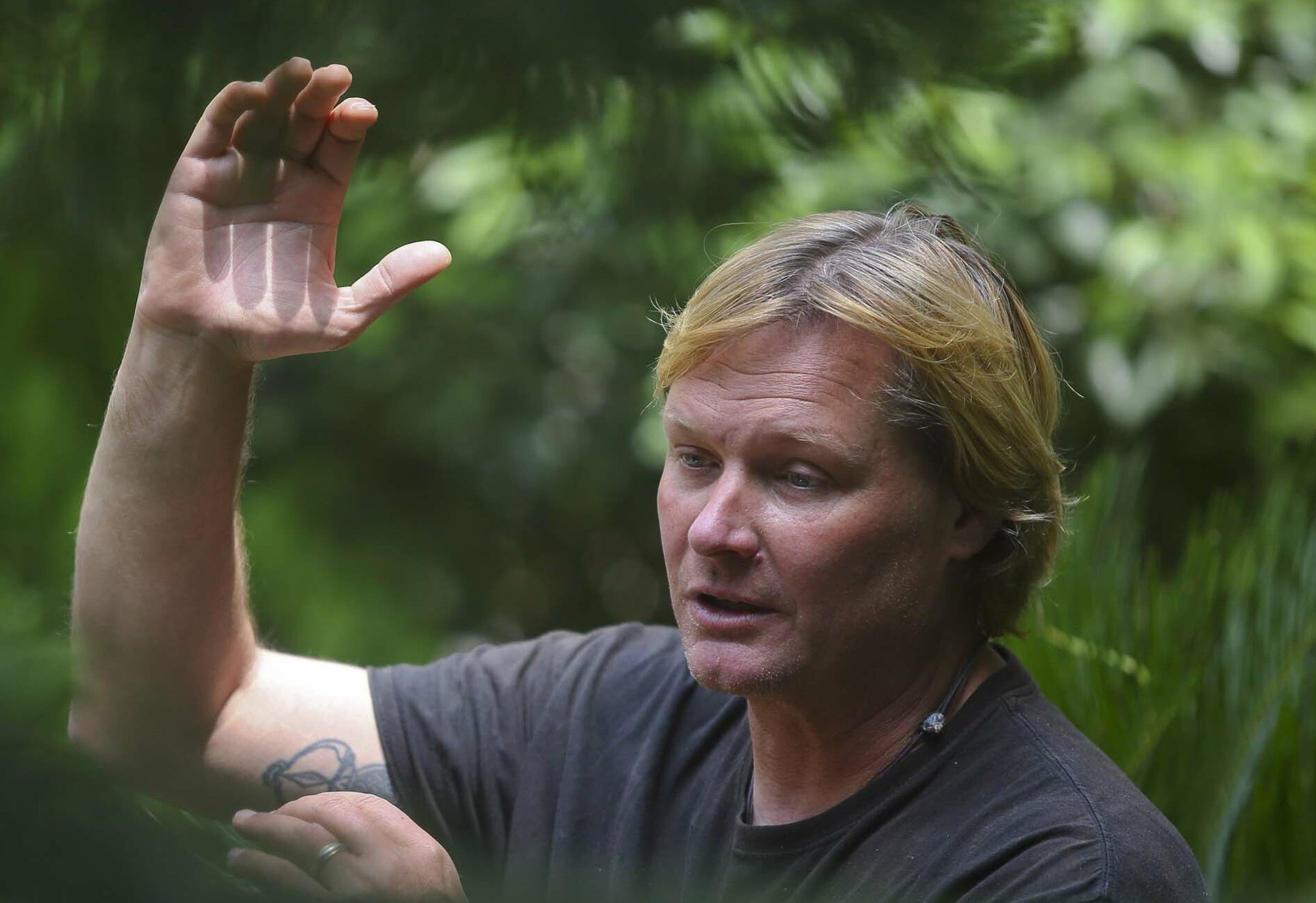 Prof. John All of Western Washington University, gestures as he speaks with the Associated Press in Kathmandu, Nepal, Tuesday, June 4, 2019. (Photo: AP)

Mount Everest and its surrounding peaks are increasingly polluted and warmer, and nearby glaciers are melting at an alarming rate that is likely to make it more dangerous for future climbers, a US scientist who spent weeks in the Everest region said Tuesday.

Prof. John All of Western Washington University said after returning from the mountains that he and his team of fellow scientists found there was lot of pollution buried deep in the snow, and that the snow was surprisingly dark when they processed and filtered it.

“What that means is there are little pieces of pollution that the snow is forming around, so the snow is actually trapping the pollution and pulling it down,” All said in Kathmandu, Nepal’s capital.

All and his team spent weeks testing snow on Everest and its surrounding peaks, as well as plants on the foothills.

“The warming temperature is melting the glaciers and the snow around Mount Everest very quickly, so what happens is even when there is a storm it melts in a couple of hours,” he said. “The glaciers are retreating dramatically because of global warming.”

He said because the glaciers are getting thinner and smaller, it is making it more dangerous for climbers.

The team had been planning to climb both Everest and sister peak Lhotse, but crowding on Everest forced them to change their plans. They climbed up to the last camp at 8,000 meters (26,240 feet), the last point the two mountains share, and only reached the top of Lhotse.

Hundreds of climbers had lined up on May 22 and 23 to attempt to reach Everest’s summit, creating a traffic jam that is being blamed for the deaths of several climbers.

All said it was too risky for his team to collect samples with that many climbers moving very slowly.

The scientists said the samples and data would be processed once they return to United States, and they would then issue a report on their findings. They had done similar research in the area in 2009.

“Overall, the past 10 years have seen a lot changes in the mountains, and they all have been for the negative environmentally in terms of long term survivability of the glaciers,” All said.