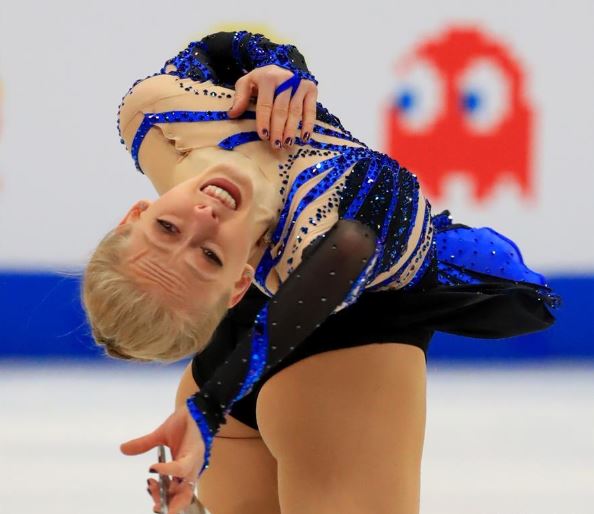 In the men's short program, Zhou cracked the 100-point mark for the first time in his career to rack up 100.18 points while South Korea's Cha Junhwan came second. Defending champion Jin Boyang of China was third.

Zhou opened his program with a quad Lutz-triple toeloop combination and followed up with a quad Salchow. The 2017 world junior champion went on to produce a triple Axel and level-four spins and footwork to score 100.18 points, which is a new personal best.

"This is my first time breaking 100 points in the short program in international competition, I am very happy with this result, it is a reward, and a testimony to the hard work I've been putting in," Zhou said.

"I'm becoming more confident in my abilities. I did my jumps with better quality than before, I've been working on them. I'm proving to myself I can do clean jumps," he added.

Cha, the South Korean national champion, also achieved a personal best score of 97.33 points. He said: "I'm very happy about my performance tonight, because I have a lot of competitions in a row so I didn't even have the time to train normally as usual. I was nervous today, too, but I think I really tried my best."

Jin stumbled on his opening quad Lutz, but managed to earn a season's best of 92.17 points.

"I'm not quite satisfied with my performance, because I've been doing pretty well in the practice. It's partly because of the jet lag so I'm actually kind of sleepy now," Jin said.

"Two jumps were not very good. I think failing two jumps in one short program is a big problem, so I hope to adjust myself to pull out a better skate in the free skate."

In women's part, Tennell took a narrow lead with 73.91 points, a season's best for her. Defending champion Kaori Sakamoto of Japan was second with 73.36 points. Mariah Bell of the United States was third on 70.02 points.

"I'm extremely happy with how I did," Tennell said. "It's exactly how I train at home and what I wanted to do here, to go out there and trust myself and trust my training. I'd like to go out tomorrow in the free Skating and skate like I did today, going for everything and really enjoying myself."