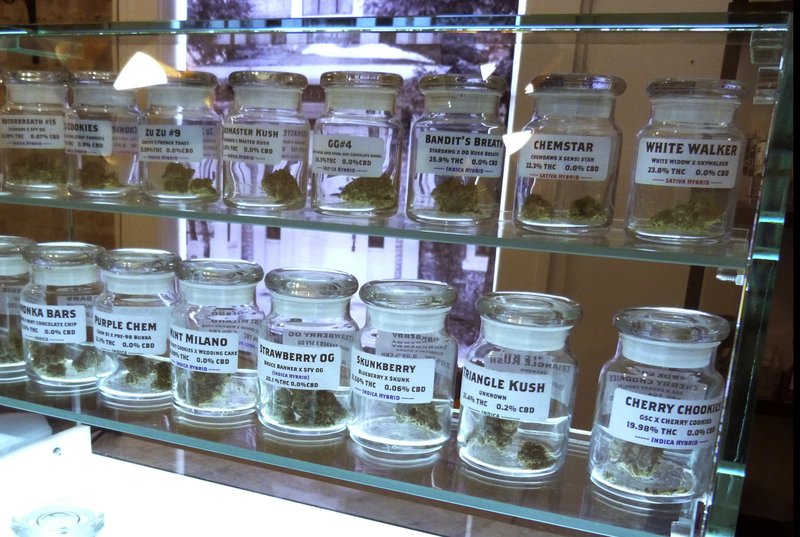 James Daly is eager to make marijuana history on Sunday, when he plans to open the doors to Arbors Wellness, beckon the lengthy line outside and legally start selling recreational pot for the first time in the Midwest.

“We’ve worked very hard to be prepared,” said Daly, who owns the medical dispensary that, for now, is among just six shops in Michigan — mostly in Ann Arbor — also approved to start selling for adult use in December. The business is doubling staff and has fielded calls from potential customers across the state along with neighboring Ohio and Indiana.

“The end of prohibition is historic,” he said. “We wanted to rip the Band-Aid off.”

Both Michigan and Illinois, which allows sales starting on Jan. 1, are officially joining nine other states that broadly allow marijuana sales. Companies are rushing to complete renovations at dispensaries, expand their growing facilities, and get staff hired and trained.

The Midwestern states’ launch into the potentially lucrative recreational market comes at a turbulent time for the industry, which has been rocked by layoffs, the vaping health scare and investor disappointment with Canada’s marijuana program.

In both states, a limited number of businesses have received state licenses letting them sell recreational products initially. But those same retailers must keep enough product on hand to supply people certified as patients under medical marijuana laws.

The conditions are “almost a guarantee” that Illinois and Michigan customers will experience long lines, product shortages and potentially high prices in the early stages, said Adam Orens, co-founder of the Marijuana Policy Group.

“They’ve got to get through the growing pains to get a system implemented,” he said.

Taking marijuana from a small cutting to dried flower ready to be sold or transformed into edible gummies or oils takes months.

In Michigan, where voters legalized recreational pot just over a year ago, regulators who began accepting license applications Nov. 1 are aiding the transition by letting medical growers, processors and dispensaries transfer up to half their products to the recreational side under certain conditions.

But marijuana is unlikely to be more broadly available until more businesses become licensed and additional communities authorize sales.

More than 1,400 of Michigan’s nearly 1,800 cities, townships and villages are not allowing recreational businesses. Even Detroit, home to the most medical dispensaries in the state, has delayed recreational sales until at least Jan. 31.

“This is brand new for a lot of municipalities. I think it’s important that they are doing their due diligence and taking an approach that honors the will of their people,” said Andrew Brisbo, executive director of the Marijuana Regulatory Agency, which has awarded 18 licenses and approved 78 pre-qualification applications.

He said he expects adult sales to occur in “some consistent form” at a greater number of Michigan locations by the end of March.

In Illinois, seven months will have separated Gov. J.B. Pritzker’s signing of legislation permitting people 21 and older to buy and possess marijuana and the start of sales in January.

The first round of applications is limited to existing medical marijuana retailers, and about 30 are newly licensed to sell recreational products. More could be approved before January.

Most of the state’s licensed cultivation companies are expanding their space to meet higher demand for marijuana products. But that work takes time, too.

Mark de Souza, CEO of the state’s largest marijuana producer Revolution Enterprises, said he has heard from dispensary operators “panicked” that they could have empty shelves within months of adult sales beginning.

But he believes the overall structure Illinois’ law created will become the industry’s “gold standard.”

“You’re going to ensure everything from compliance to truth in labeling to taxes to consumer safety,” he said. “We don’t think any short-term supply issues are going to be harmful.”

Still, retailers are considering appointment-based systems rather than lining up customers in winter weather. Others have retrofitted their dispensaries to let medical patients in one door and recreational customers in another, hoping to limit confusion if their product supplies run low.

“We can’t open January 1 and have somebody futzing with the scanner,” she said. “That won’t make the people in line, standing outside in winter, very happy.”

State law lets local governments bar recreational dispensaries, and at least two of Illinois’ existing medical dispensaries are in communities that decided to prevent expanded sales. Chicago set up seven districts with a limited number of dispensaries allowed in each, and business owners only learned at a lottery event in mid-November where they could operate within the city.

Illinois lawmakers said they expected a slow start. Their long-term goals, though, hinge on parts of the law intended to ensure people of color can open and work for marijuana businesses despite historic inequities in enforcement of state and federal drug laws.

The law includes a scoring bonus during the license-award process for social equity applicants — people living in communities most affected by enforcement of marijuana laws, or individuals arrested for or convicted of marijuana offenses that would be legal under the new law. A low-interest loan program for these applicants also was created as part of the law.

Toi Hutchinson, a former Illinois state senator who oversees the work of all seven state agencies that interact with cannabis businesses, said she is confident that regulators are hitting their deadlines. And she said they will be prepared for other significant milestones in 2020, including the first round of applicants seeking 75 additional licenses to sell recreational products.

January will bring “hiccups,” Hutchison acknowledged. But she said Illinois must stay focused on broader goals including making sure people of color get opportunities in the marijuana industry.

“If we’re really serious about equity, this is a long game,” said Hutchinson, who co-sponsored the marijuana legalization proposal. “This isn’t just about January 1.”