HOUSTON, Aug. 9 (Xinhua) -- A US student has gotten herself into an internet sensation by taking her graduation photos with an alligator. 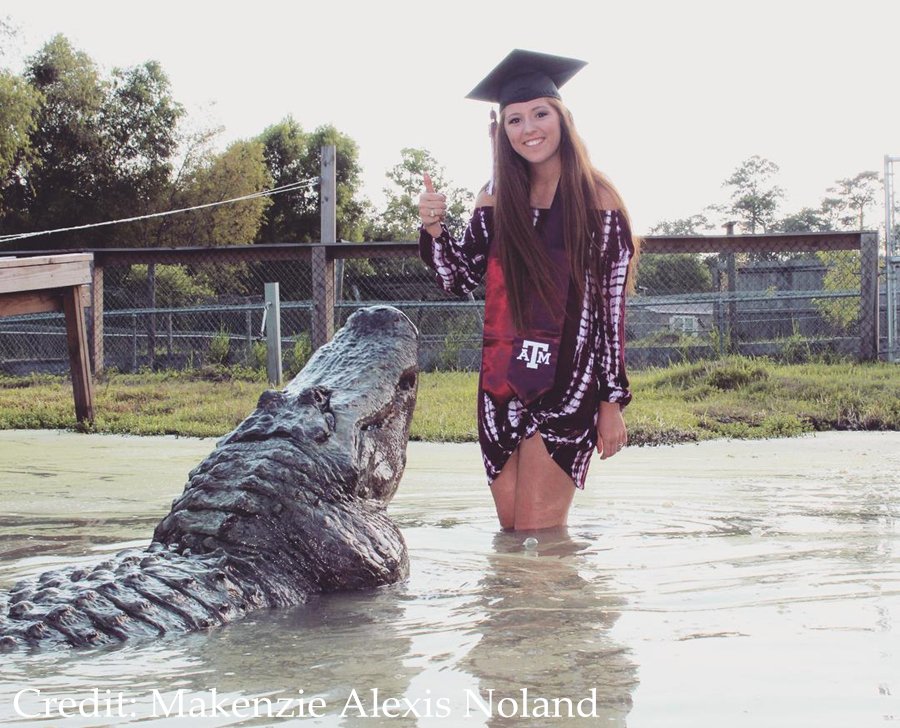 Makenzie Noland, a student from Texas A&M University who will graduate on Friday, posted photos on her Facebook and Instagram accounts where she posed in her cap and sash with a 4.18-meter-long alligator. She captioned that the photos are "not your typical graduation photo."

A major in wildlife ecology, Noland took the photos while interning at Gator Country, a rescue center in southeast Texas and home to about 450 alligators, crocodiles and other reptiles.

The alligator, named "Big Tex", was adopted in 2016 after overfeeding made him a nuisance for local boats, according to BBC.

Noland said she has developed a special relationship with the reptile since she joined the center in May. The 21-year-old got in the water with the animal every day and even tickled his nose before feeding him.

"Starting from a young age I was always picking up snakes, holding animals, talking to kids and educating the public," Noland said, according to BBC.

Noland's photos on social media have been shared and liked thousand of times. Many commented that the scene was scary and marveled at her bravery.

"I am overwhelmed with how viral my post has gotten and to see everyone from my hometown pushing me to move forward and supporting me is truly incredible!" Noland wrote in a Facebook post Monday.

In general, alligators are less dangerous than crocodiles as they are more fussy about their prey. The reptile normally targets animals that are smaller in size than adult humans.