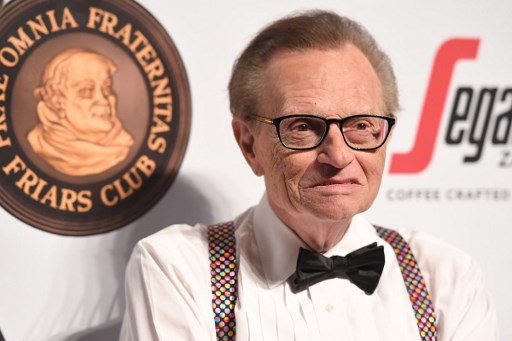 Saturday's report cited sources close to the family, saying the 87-year-old King had been undergoing intensive treatment for over a week at the Cedars Sinai Medical Center in Los Angeles.

Reportedly, strict COVID-19 protocols at Cedars-Sinai had prevented King's three sons from visiting him. But they are in constant contact with the hospital and doctors.

Besides Type 2 diabetes, King has also faced some other medical issues over the years, such as heart attacks, angina and lung cancer.

King hosted CNN's "Larry King Live" for over two and a half decades and retired in 2010 after clocking in at more than 6,000 episodes.