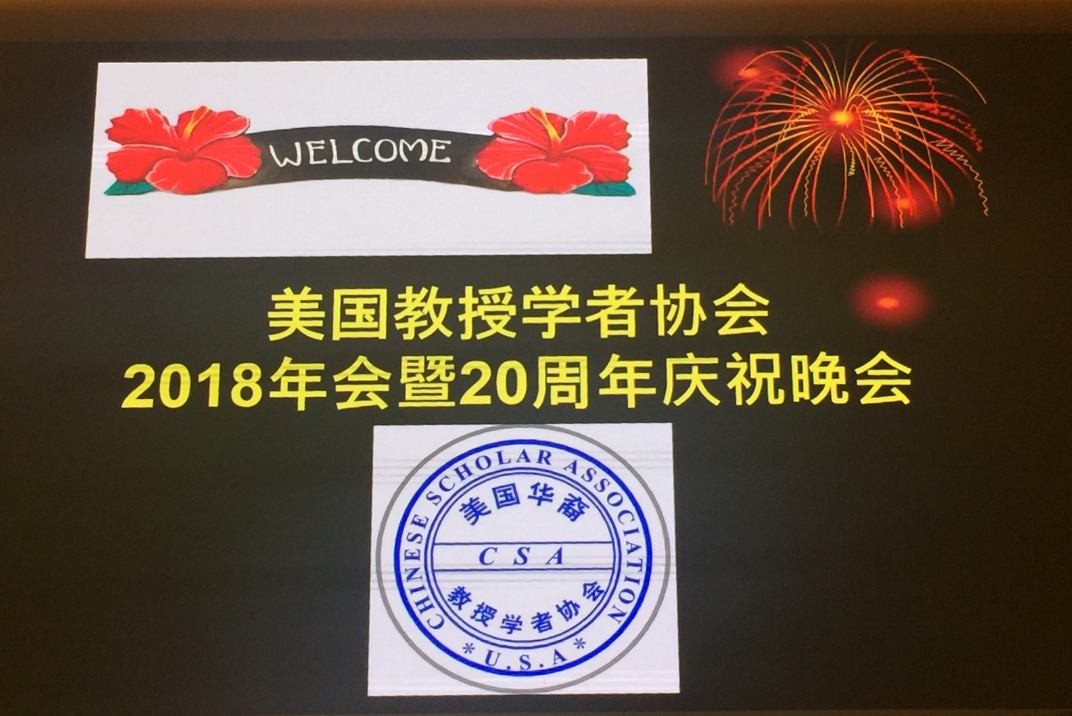 It was 20 years ago when a handful of Chinese professors in Southern California started a group dedicated to advancing academic and cultural exchange between the East and the West.

Members and guests convened Sunday evening at the Sheraton Hotel in the city of San Gabriel, to celebrate two decades of healthy growth.

Zhang Ping, Chinese Consul-General in Los Angeles, sent a congratulation letter to the Association, congratulating it for its tremendous efforts in promoting communication and exchange between China and the US in the past two decades.

National, state and local elected officials Judy Chu, Ed Chau and Chin Ho Liao were on hand to praise the Association’s efforts while addressing concerns for the all Chinese living in the US.

Chu: Chinese scholars should not be ‘scapegoated’

“I have been working very hard in Washington DC to make sure Chinese scholars and students are not scapegoated,” said US Congresswoman Judy Chu, the first Chinese-American woman elected to the House of Representatives. Chu is also the current head of the Congressional Asian Pacific American Caucus (CAPAC), a group focused on safeguarding Asian and Pacific Islander communities across the nation.

Earlier this month, some officials with the Trump administration wanted to ban Chinese students from attending US universities. “Luckily, that was struck down,” Chu said at her speech, but warned there is a proposal on the table that will make it harder for Chinese to get student visas if they want to study subjects like aviation, robotics, and advance manufacturing.

“I believe the US would lose out because it would make it harder to attract top talent,” Chu said.

Chu also discussed some of the legislation she is fighting for that will protect and safeguard Chinese in the US from unfounded persecution and tightening visa policies.

California Assemblymember Ed Chau discussed his past work experience as an engineer with IBM and a lawyer for 18 years, both of which prepared him to address privacy and data protection along with IP legislation.

Earlier this year, Chau pushed AB-375, a privacy and data protection bill, through the state legislature. The bill, signed by Governor Jerry Brown in June, gives California residents greater protection from companies who collect and sell consumer information within the global cyber marketplace.

Chau shared two pieces of legislation he is working on aimed at rewriting California history books. In the first bill, Chau feels not enough space has been given to the Chinese and the contributions they made while working on the Transcontinental Railway. The second bill seeks to include the first Chinese Exclusion Act in 1882 and the impact it had on Chinese communities and US society.

“The association’s purpose has always been to promote academic study and friendly ties among US and Chinese scholars, assist with social integration, make community contributions, while strengthening relations and East-West cultural exchanges,” said Ke-Qin Hu, president of the Association and director of Hepatology Services at University of California, Irvine (UCI), during his opening address.

Hu emphasized how membership had grown to include leading professors, academics and senior-ranking personnel from a variety fields, ranging from law, humanities, and science.

Earlier in the afternoon, Michael Zhang, renowned attorney and vice president of the Association, moderated the first half of a symposium, which covered topics on social science and humanities.

Sheng-He Huang, former president of the Association and professor at the Department of Pediatrics at the University of Southern California (USC), moderated the second half of the symposium, which covered topics ranging from acupuncture to aerospace engineering.

Given the nature of today’s delicate landscape within China-US relations, association members give special attention to Chinese immigrants from science and technology fields, in addition to celebrating the latest in scientific and medical breakthroughs.