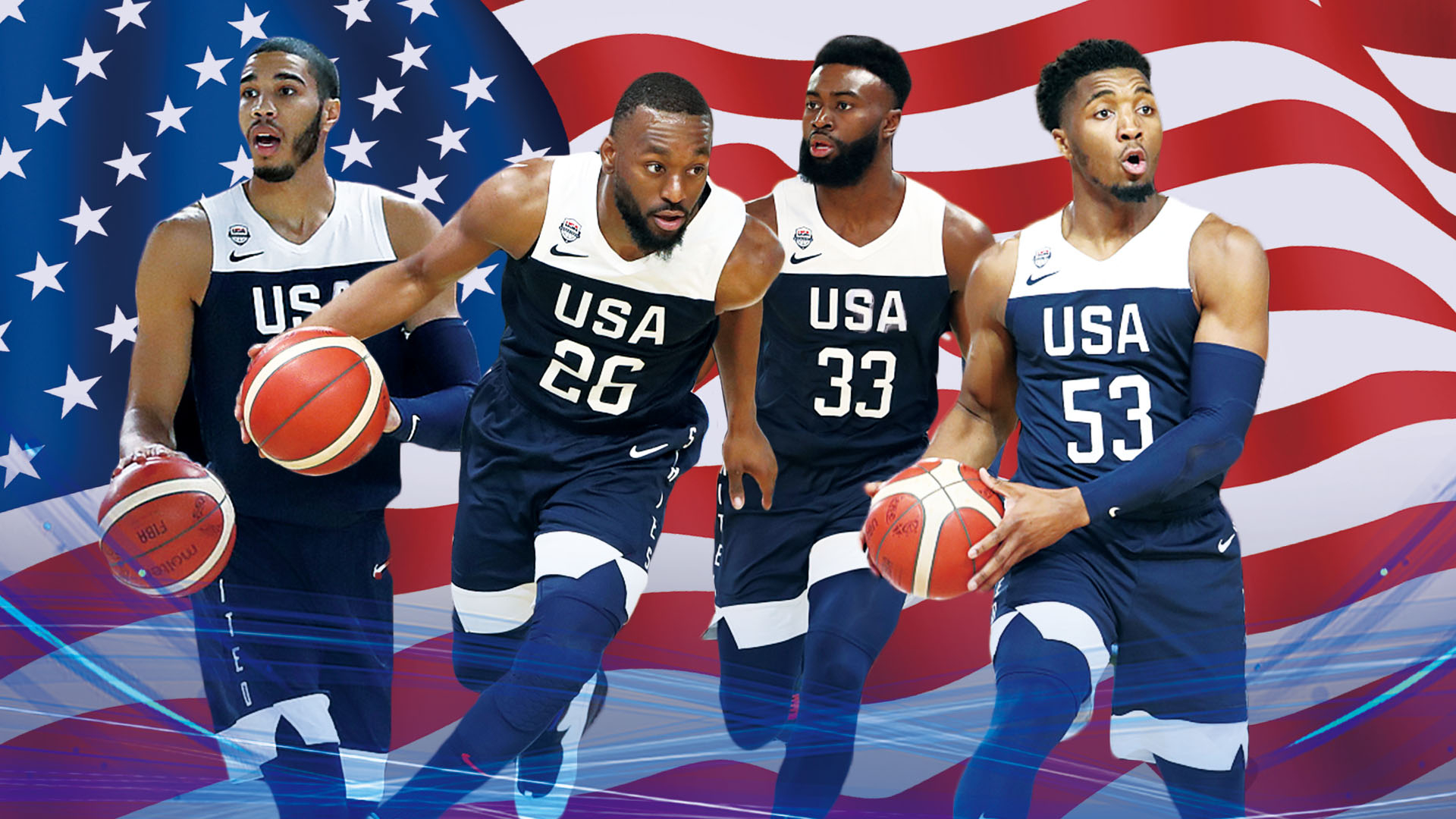 Gregg Popovich, the USA head coach, on Saturday announced the final roster for the FIBA Basketball World Cup in China after Kyle Kuzma of the Los Angeles Lakers withdrew because of injury, the latest pullout that leaves the Americans with their weakest ever team for the quadrennial tournament.

Unlike other teams, Team USA seemed to have "selected" their final 12 players by default. The whole process was more like "people kept quitting so let's see what's left in the end."

Only three of the 12 players have made the NBA All-Star Game for a total of five times, with three coming from Walker. Only one made the All-NBA Teams last season and, again, it's Walker (Third Team). Two of them, Barnes and Plumlee, played for the national team before but did not have an important role: Barnes played an average of eight minutes in four games at the 2016 Summer Olympics in Rio de Janeiro, dropping 4.3 points and 1.8 rebounds per game. Plumlee appeared at the 2014 Basketball World Cup in Spain and he only got six minutes on average in which he only put down 2.3 points and 1.3 rebounds.

Of course, calling this team "weak" is a conclusion made based on the USA standard. Compared with their international opponents, USA are still the last enemy anyone wants to meet, though they have their problems too.

USA continued their tradition of having guards lead the team. The five players they have in this position are not the best in the NBA but should be competitive at the World Cup. Walker has been one of the league's most underestimated scorers in recent years – he has already kept four straight 20+point seasons and dropped in total 103 points in two games last season. Mitchell became leader of the Utah Jazz from the season he joined the NBA in 2018. Last season, the second-year young man got 10.4 points on average with his sharp penetration, only next to James Harden and DeMar DeRozan.

As for the other three guards, both Smart and White are elite back-court defenders in different ways. Smart is strong enough to take on power forwards in switch defense. His stealing and ability of drawing offensive fouls are also impressive. White is tougher than he looks, able to cover most perimeter players in defense and most importantly, he is steady enough to avoid making mistakes. Harris is the best shooter in this team – he had the league's best 47.4 percent of 3-point rate in the 2018-19 season.

In forward position, USA have four balanced wingmen who can be trusted in both offense and defense. Middleton and Tatum are the team's best ice-breaker options thanks to their size, skills and middle-range shooting. Barnes found his shooting back in the Sacramento Kings. He not only raised his 3-point rate to career-high 40.8 percent, but also scored an average of 4.9 points via catch-and-shoot per game, which was the sixth best among all players who have made at least 30 appearances. Brown, thanks to his remarkable athleticism and explosive playing style, is the USA's best rim rattler and fast break choice

Nonetheless, the team have a lethal defect in their forward position and it is connected with their centers. USA will bring three big men to China: Lopez, Turner and Plumlee. Lopez is the best offensive option of the three. His well-known posting-up skills aside, Lopez became the first player in NBA history to make at least two 3-pointers while delivering two blocks per game, just like his new nickname "Splash Mountain." However, Lopez can maximize his defensive power only when he remains under the rim – he is too slow in mismatch caused by screen plays.

Turner led the league in blocks (2.7 on average) last season and he is the only one quick enough to switch to perimeter players in defense. Nonetheless, the Indiana Pacers center lacks enough finishing skills in the paint and his preference for perimeter shots over 3-pointers makes him very unstable in offense.

Plumlee is the most blue-collar-like big man compared with the two so he does not need much of a role in offense but that's also his problem – his contribution to offense is too little. In the four warm-up games he played for USA, Plumlee received 44 minutes on the court but only took three shots. Sure he could spend more efforts setting screen but his lack of threat in offense will place his teammates, especially the guards, under heavier defensive pressure.

Now let's talk about the USA's biggest problem. They don't have a real power forward so their squad is likely to be "one big man + four small guys." Nonetheless, none of their centers is trustworthy both offensively and defensively. Lopez can score but he needs to stay in the paint in defense; Turner is quick but he is not a steady scorer, not to mention that he is not big enough to face those seven-footers; Plumlee is a real liability in offense.

In their teams, all three can rely on their teammates. Giannis Antetokounmpo carries the responsibility of helping defense for Lopez in the Bucks; Bojan Bogdanovic can score and Thaddeus Young is responsible for one-on-one defense for Turner in the Pacers; Plumlee can focus on his blue-collar job because Nikola Jokic is the offensive engine of the Denver Nuggets.

Now you see the problem. If Popovich chooses Lopez, USA will have a problem defending screen plays; if he chooses Turner, the team will have trouble defending giants like Marc Gasol, Jokic or Nikola Vucevic; if Plumlee is on the court, they will have to figure out how to score while it's 4 vs. 5 in offense. Of course there's the option of putting two big men on the court, but honestly, that will be a disaster for space.

If USA have two real power forwards – Anthony Davis, Paul Millsap or Kevin Love – who can be reliable in either offense or defense, it will enrich the front-court rotation of the team and solve the above problem. Unfortunately, that won't happen.

USA are in Group E with Turkey, Czech Republic and Japan. On September 1, they will meet their first opponents the Czech Republic at the Oriental Sports Center in Shanghai.