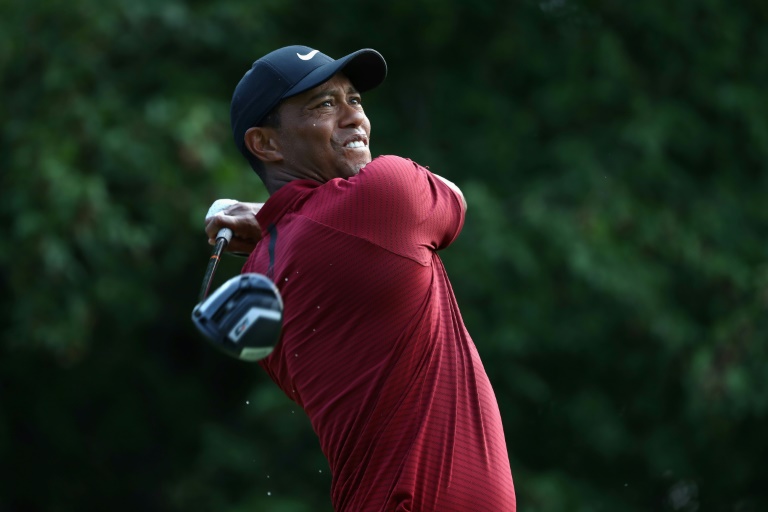 The US confirms the first eight members of the Ryder Cup team to play Europe in September but four places are still up for grabs and Tiger Woods could still be selected (Photo: AFP)

US Ryder Cup captain Jim Furyk unveiled the first eight members of his squad Monday and heaped praise upon Tiger Woods as a potential captain's pick to fill out the lineup.

But Woods, who charged to a runner-up PGA finish with an impressive final round six-under par 64, could still be among the Americans who try to defend the trophy against Europe at Le Golf National near Paris on September 28-30.

"What's important is how well Tiger has played," Furyk said. "It's great to see him playing well. His word is trending. His game is trending."

Furyk will make four captain's picks in early September to complete the roster and Woods is expected to be among them, although Furyk played coy when asked if Woods, up to 26th in world rankings from beyond 1,200 last December, could help the team.

"It's a good question. He's playing very well and there's probably a lot of people out there who think he can," Furyk said.

Woods, in the eighth month of his comeback from spinal fusion surgery, has not won a major since the 2008 US Open and hasn't won any event at all in five years.

But he showed in losing to Koepka he still has formidable skills at age 42.

Whether he plays or not, Woods is set to be a vice captain on the US team.

"Tiger has been a vice captain in the team room as a player. He's priceless to be honest with you. He has been a big help to our captains," Furyk said.

"It's a big boost to have the best player who ever lived to be walking with your group."

Despite missing most of last season, Woods finished 11th on points.

"To be part of the Ryder Cup conversation, going from where I've come from to now in the last year, it has been pretty cool," Woods said.

Seven of the Americans are in the top 14 in world rankings with Simpson the odd man out at a still-respectable 20th.

Thomas is the lone Ryder Cup newcomer among the eight. Fowler, Simpson and Watson have losing records in Ryder Cup play. Thomas, Watson, Koepka and Spieth have played Le Golf National before.

"I'm excited. We have eight guys who love to compete," Furyk said. "I couldn't be more excited about the eight I have and I'm confident in them."

Furyk will keep an eye open for players who impress in events over the next month.

"I'll be looking at guys who have a great body of work this year, who fit in well with these eight players," said Furyk. "If a guy gets hot and starts playing well, he will catch my eye.

"The door is still open."

On the European side, qualifying runs for another three weeks for the first eight places which will be determined on points before captain Thomas Bjorn makes his four picks in September.

A likely world ranking fight will go to the last day between the two, Dane Thorbjorn Olesen and Spaniard Rafa Cabrera Bello.