CULTURE Uygurs in Beijing: Finding roots home away from home

Uygurs in Beijing: Finding roots home away from home 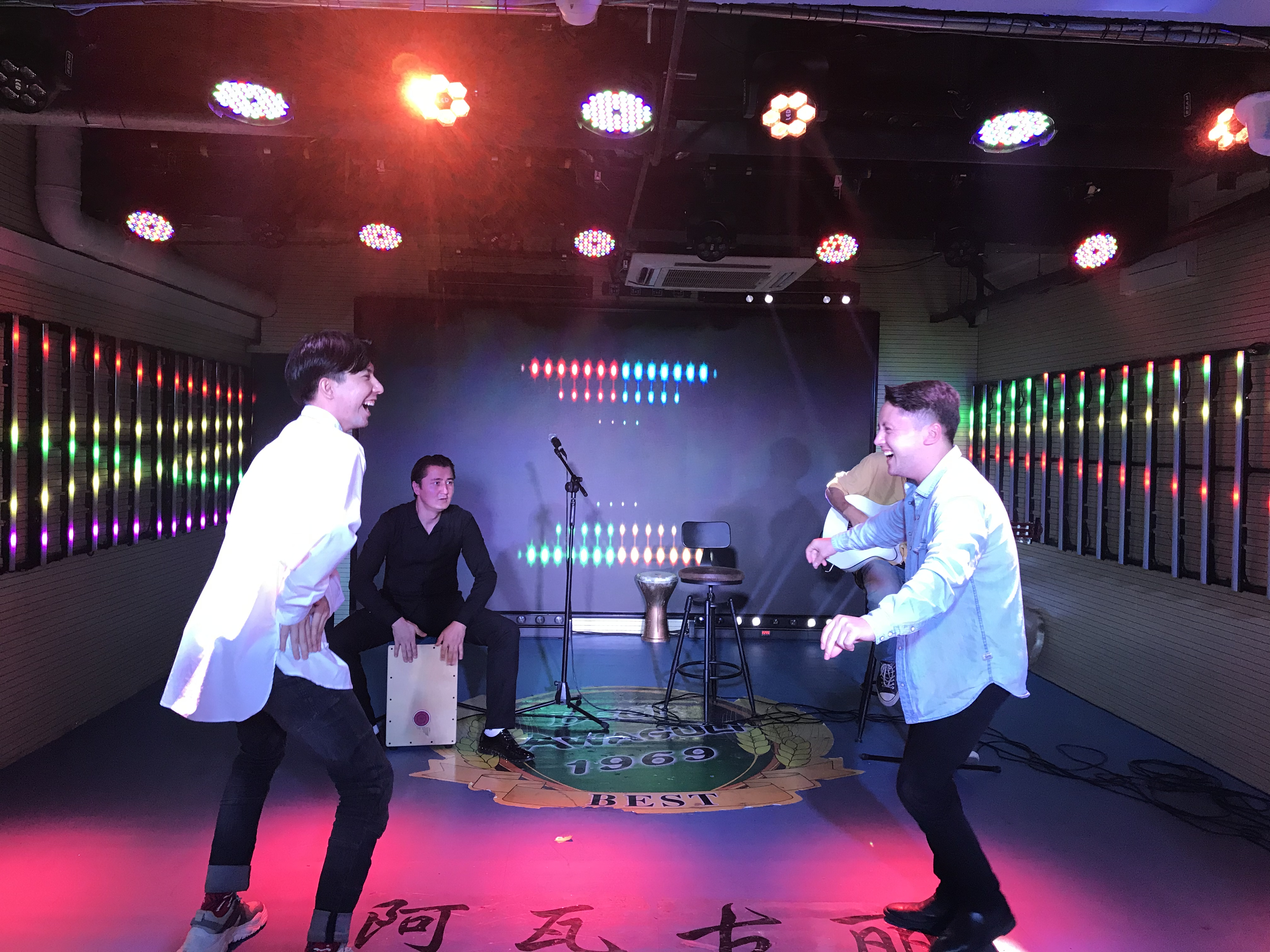 Xirzat and his friends dance on the stage in a Xinjiang-themed restaurant in Sanlitun, Beijing, October 1, 2019. (Photo: CGTN)

They are just a small batch of about 8,000 Uygurs living in Beijing, engaged in different professions from law enforcement to information technology. They call themselves "Beijing drifters," like around eight million other non-locals who are pursuing their dreams in the Chinese capital.

"We came here because there are a lot more opportunities in this capital city than back in our hometown," said Xirzat, who came from Aksu, a city in northwestern Xinjiang Uygur Autonomous Region. Although graduating from the prestigious Beijing-based Central Academy of Drama, he had problem in pursuing an acting career due to his Uygur face and Xinjiang identity. But things gradually turned for the better and he feels happy for his choice to stay.

His fellow Kadirya is a dance teacher providing training for teenagers preparing for dance exams. She's adapted to Beijing's fast-paced life after seven years. "I miss home but here I can improve faster by working with top-notch dancers."

For these young Uygurs, the modernity, diversity, and entrepreneurship of Beijing lured them away from home in spite of the difficulties to integrate themselves into the local communities.

Erfat, a Urumqi native, joined the booming IT industry a year ago after spending four years majoring in computer science in a Beijing university. For a programmer, it's a love-or-leave choice, largely due to the insiders' grueling "996 daily schedule" (work from 9 a.m. to 9 p.m. everyday, six days a week). "My job is stressful and tightly scheduled. We spend little time together, and the National Day holiday offers us a chance to gather here and celebrate the 70th anniversary of the founding of the People's Republic of China," he told CGTN.

"Having fun with my fellow from home makes me feel less lonely," said Nafisa Dilxat. The senior university student majoring in international trade is signing up for postgraduate examinations in music. "I love singing. My parents used to be strongly against taking singing as a vocation but as time went by, they just let me go." But as the only child, she plans to return home in Urumqi when her parents get old and need to be taken care of. Her dream is that one day she could treat psychological problems through music.

Life is hard, especially for these young people trying to make their way in a big city brimming with talented men and women. For Uygurs, it could be harder because they also have to fight against prejudices stemming from chaos blighting the region in the past.

Twenty-one-year-old Adil Ekber left home two years ago to chase his dream on the stage. "Life was really hard back then and sometimes I felt discriminated against. Luckily, everything is changing for the better. Now I'm half a Beijinger." The somewhat recalcitrant young man finds his career getting on track after struggling for two years. He's now on a national tour with Sečen Gerel, an influential Inner Mongolian musician. "It's the first time that I worked as an officially contracted artist since I came here. It's exciting." He would like to have his parents settled in Beijing in the future.

The outlook for Xinjiang people in big cities in the country have gotten better and easier in recent years. The changes have been felt by Azmat, a Chinese Tajik artist from the Pamirs, and Dier, a Uygur emcee who's been in Beijing for a decade, as the country attaches more importance to ethnic art and cultures. Azmat, a fresh graduate from the Minzu University of China, has been on a very tight schedule to perform his specialty – the dayereh drum.

Even with these obstacles, these Uygur "drifters" and those from other ethnic minority groups flocking to the Chinese capital are facing similar challenges and opportunities. They risk it all by leaving their families and friends to make it in a big and sometimes lonely city. Their forging ahead despite uncertainty contains the same optimism that is characteristic of modern China, where opportunity abounds for those willing to put their talent and diligence out there.