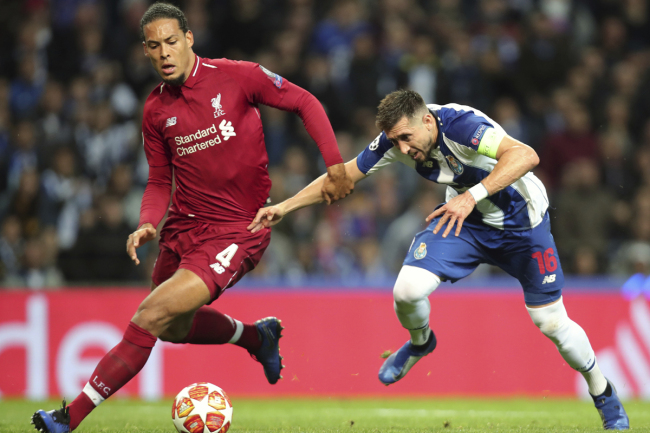 Virgil van Dijk has been voted English soccer's player of the year in recognition of his commanding performances in Liverpool's defense as it bids to win the top-flight title for the first time since 1990.

The Netherlands center back collected the Professional Footballers' Association award at a ceremony in London on Sunday. His Liverpool teammate, Mohamed Salah, won the accolade last season.

Van Dijk joined Liverpool from Southampton in January 2018 for $99 million, a world-record fee for a defender, and helped to improve a defense that was previously shaky under manager Juergen Klopp.

Liverpool has kept a Premier League-high 20 clean sheets this season, a key reason why the team is only a point behind Manchester City with two games to go. Liverpool is also in the semifinals of the Champions League, where it plays Barcelona starting with the first leg on Wednesday.

Vivianne Miedema was voted women's player of the year, on the day she won the Super League with Arsenal.