CULTURE Vaping may be bad for kids, good for adults: study

Vaping may be bad for kids, good for adults: study 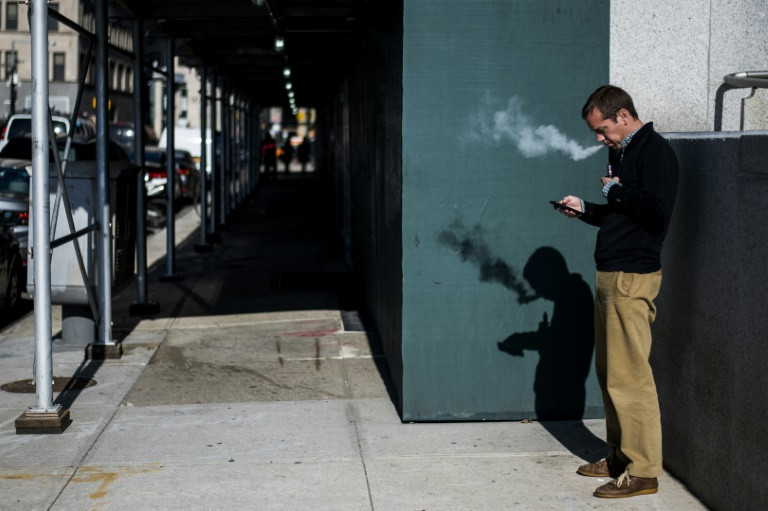 A New York man puffs away on his electronic cigarette. E-cigarettes may encourage youths to start smoking but may also help adults quit, according to a US review of scientific research. Photo: AFP

Vaping, or smoking battery powered devices known as e-cigarettes, may encourage youths to start smoking but may also help adults quit, said a US review of scientific research out Tuesday.

The report by the US National Academies of Sciences, Engineering, and Medicine is based on more than 800 peer-reviewed scientific studies on the health effects of electronic cigarettes.

It was compiled at the request of the US Congress, amid a growing international debate over whether e-cigarettes are safe or harmful.

E-cigarettes, which have gained popularity in the last decade, are handheld devices that heat up a nicotine-containing liquid so users can inhale the vapors.

They contain "fewer numbers and lower levels of toxic substances than conventional cigarettes," said the report.

But they are also addictive.

The amount of nicotine they deliver can vary, but experienced adult e-cigarette users tend to get "a comparable level of nicotine as conventional cigarettes" -- leading to "symptoms of dependence" in those who use them.

Reviewed evidence suggests that e-cigarettes are "likely to be far less harmful than tobacco products," said David Eaton, chair of the committee that wrote the report.

"In some circumstances, such as their use by non-smoking adolescents and young adults, their adverse effects clearly warrant concern," said Eaton, dean of the graduate school of the University of Washington, Seattle.

Young people are more likely than adults to use e-cigarettes, and the report found "substantial evidence" that vaping increases the risk of smoking conventional cigarettes.

But when adult smokers use e-cigarettes to quit smoking, "they offer an opportunity to reduce smoking-related illness," said Eaton.

The report found "no available evidence whether or not e-cigarette use" is associated with cancer in people. Animal studies however suggest that long-term e-cigarette use "could increase the risk of cancer."

Researchers also declined to categorize e-cigarettes as a positive or negative influence on public health.

"More and better research on e-cigarettes' short- and long-term effects on health and on their relationship to conventional smoking is needed to answer that question with clarity," said the report.