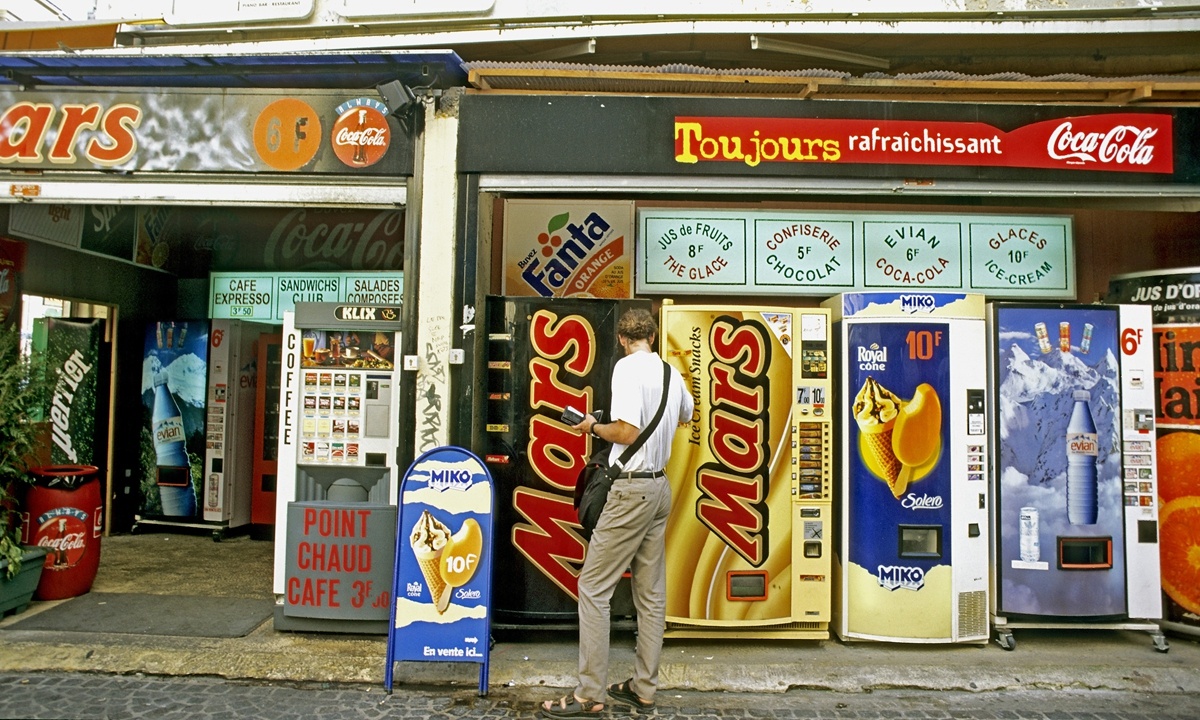 With business selling chocolate bars to office workers in meltdown owing to the COVID-19 crisis, French vending machine makers have turned to experts on growth: farmers.

And for farmers who want to reach consumers directly, vending machines offer a way to meet new demand and respect health regulations.

Vending machines have been popping up alongside highways and near farms, and one of the main beneficiaries has been Le Casier Francais, which is swamped by orders and expects to double the 1.2 million euros ($1.5 million) in sales it posted last year.

The small firm of 22 employees based in northern France designs and builds vending machines, including refrigerated models that are connected to the internet.

Since the coronavirus crisis pushed France to impose its first lockdown in March, business has been booming.

"We receive a dozen inquiries a day," said the company's director Manuel Moutier.

Not all result in an order, however, and it takes time to finalize a project that often includes bank financing.

But Moutier says they now have "new clients, such as company cafeterias and delicatessens so they can offer dishes at any hour."

A machine from Le Casier Francais with a hundred small lockers costs 40,000-50,000 euros. It is a sizeable investment, but one that some producers say quickly pays for itself.

Benoit Soufflet, who farms vegetables outside the northern city of Lille, installed a machine with 60 lockers at the beginning of July.

"Our farms are located alongside a supermarket... and a lot of people would stop and ask to buy a salad or a bunch of radishes, that gave us the idea," he added.

If Soufflet previously worked mostly with wholesalers, the vending machines now account for 30-40 percent of his sales by volume.

Part of that might be the fact that Soufflet, by cutting out the middleman, can offer his products directly to consumers at a third of supermarket prices.

"I didn't expect such sales, it works better than our farm store," Marie Froment, who installed a vending machine with 88 lockers near her farm in Thun-Saint-Amand, a village of 1,100 residents close to the border with Belgium.

The machine sells her dairy products along with other local produce including vegetables, apple juice, eggs and waffles.

"With COVID, people prefer to use the vending machine than go into the store," she said.

But it isn't always easy to install connected machines in rural areas.

"There are sometimes problems with the 4G connection," said Mathieu Lucas, who farms in Bailleul-le-Soc about an hour north of Paris.

Having a connected machine that accepts card payments is important not only for the customers, but to deter vandals seeking cash.

Farmers also have to get their ducks in a row to fill the vending machine regularly.

"We have a person on full-time for the machines, who stocks them at least twice a day. If the lockers are empty, clients won't come back," Soufflet said.