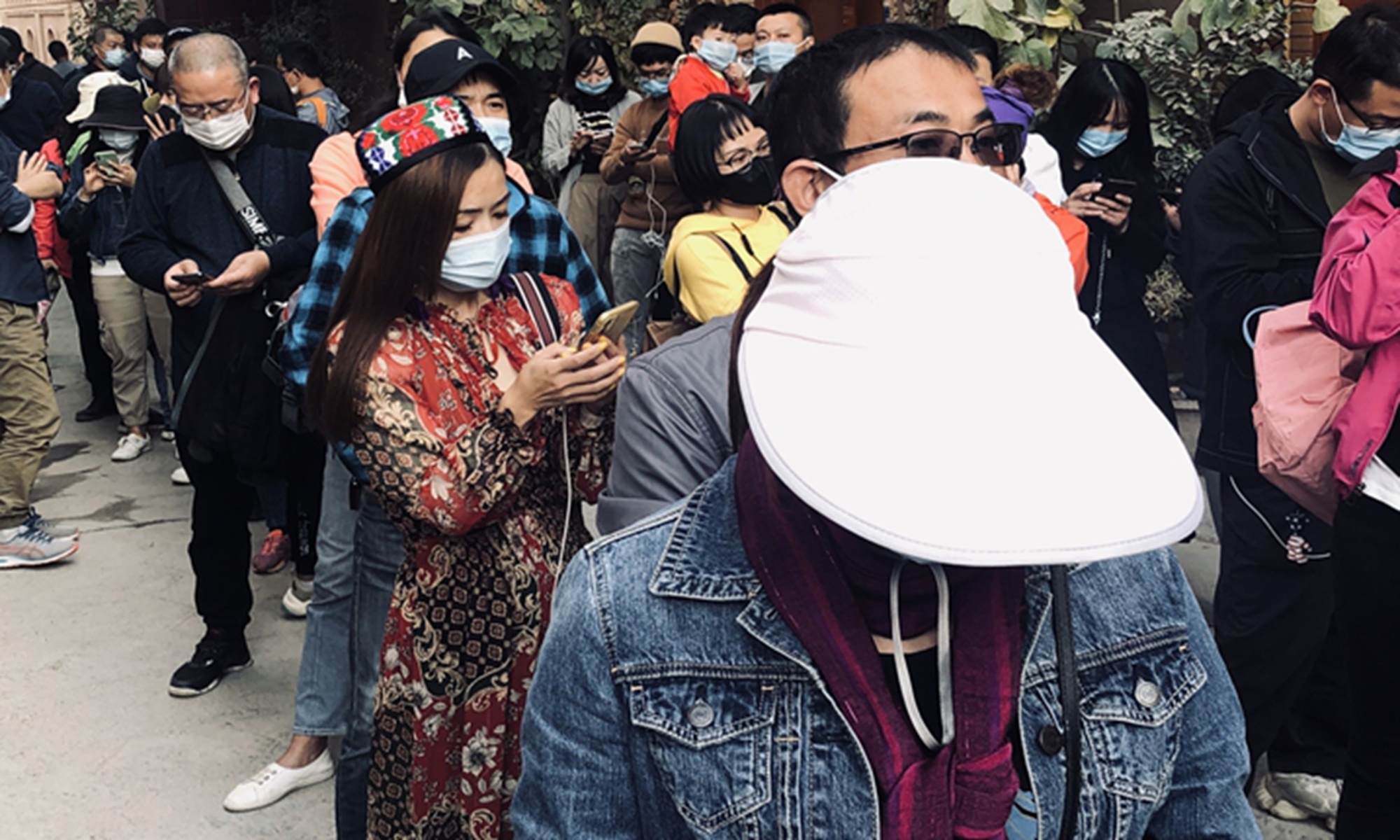 The sudden outbreak of COVID-19 epidemic in Kashi prefecture, Northwest China's Xinjiang Uygur Autonomous Region has captured the attention of Chinese netizens. While news of another outbreak caused worry, many netizens said their fears were eased after they learned more about the vast distance that exists between Kashi and other places in Xinjiang.

Netizen "Gulijiangxinjiang" from Xinjiang posted a short video on China's Twitter-like Sina Weibo on Monday that sparked major concern among Chinese netizens and earned more than 150 million views as of Tuesday.

In the video clip, the netizen introduced Kashi's geographical location in the region, explaining how it leaves the place relatively isolated.

Netizens said the comparison gave them a better understanding of the true size of Xinjiang. Many said they were surprised at the distance and even some netizens living in the region said they had the same feeling.

"After the outbreak of the epidemic, my friends asked me if I was dangerous since I had gone to Tacheng the other day. I found out that the distance from Kashi to Tacheng is the same as that from Beijing to Guangzhou, so I asked them back if a person in Guangzhou was infected,would people in Beijing be at risk?" one netizen wrote on Sina Weibo.

Another netizen commented that "the distance from Berlin to Moscow is almost that of from Kashi to Hami. The local government and the central government have dealt with this outbreak very quickly, so residents in other places of  Xinjiang have no need to panic or worry. We can win this new battle."

Normal life in Urumqi, capital of Xinjiang, has not been affected, one local resident, Wan Fang, told the Global Times on Tuesday. Her younger brother still goes to school every day as usual.

"The news did make me scared for a while, but life returned to normal quickly. We realized that with such a distance and the rapid control measures taken by the government as strong safeguards, my family and I quickly should calm down," Wan said.

She found that the authorities have increased inspections to avoid the risk of coronavirus spreading.

"I am more at ease after seeing the control measures. We even need to take an airplane now to travel to Kashi.So to me, the outbreak this time do not pose a serious threat. I am keeping a watchful eye on it, but I am not afraid of it," she added.

After the local government reported one asymptomatic case on Saturday, a 17-year-old female who works in a clothing factory in Shufu county, Kashi reported 137 new asymptomatic cases on Sunday, all related to the first case.