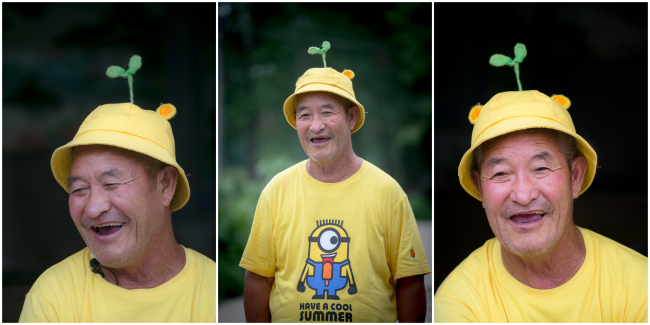 An elderly man has become a celebrity on social media in China after sweets video recorded by his granddaughter showing him dancing and spending time with his wife went viral. (Photo: IC)

An elderly man diagnosed with depression about 10 years ago has been winning hearts online over the past two years thanks to short videos filmed by his granddaughter.

Ahead of the release of his first video, which was filmed and posted online in 2017, the man in the city of Zhumadian in Henan Province had received treatment in hospital for depression, and had relied afterwards on antidepressant drugs.

After his first video became a surprise success and gained 240,000 views in just a few hours, his granddaughter decided to make more videos of her grandpa dancing and sharing adorable moments with his wife.

Over time, his online fan base continued to grow, and he has become happier, is smiling more, and is sleeping better.

"Filming videos is my work; I'm happy to do it. Every time I think about the fact that I'm liked by so many people, and that I can amuse so many people, I feel very happy about it," he said.

The family's account on the short video platform Douyin now has over four million followers.