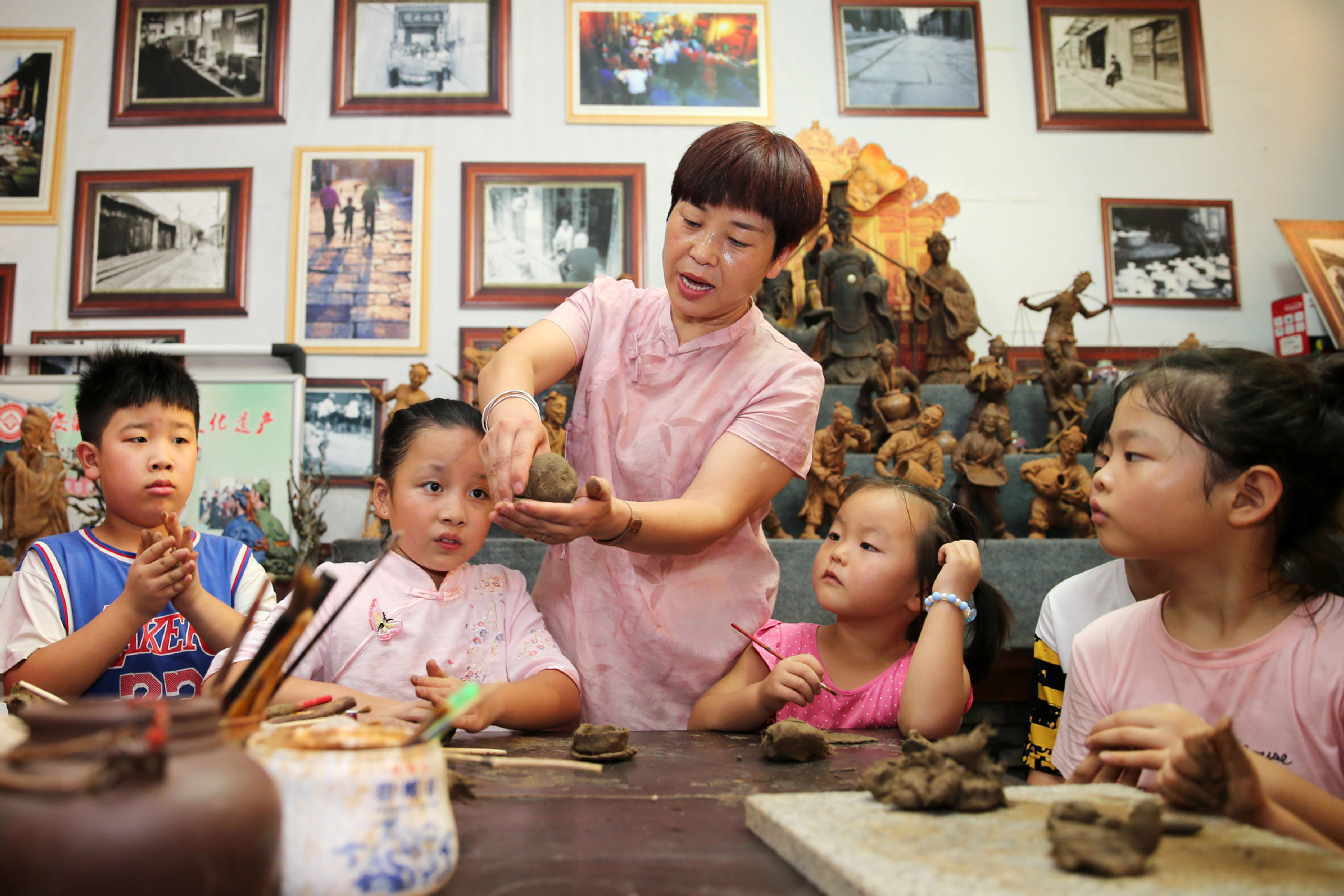 Anhui authorities have made a variety of moves to help enrich cultural activities at the grassroots level.(Photo: Xinhua)

Village-level cultural centers have been springing up in East China's Anhui province.

Over the past two years, authorities have built more than 16,000 cultural centers at the village level, with the coverage rate rising from less than 30 percent to at least 90 percent, according to the provincial department of culture and tourism. The rate is expected to reach 95 percent by the end of this year.

Anhui authorities have made a variety of moves to help enrich cultural activities at the grassroots level, including staging traditional opera performances. So far, more than 130,000 operas have been presented to locals.

Villagers in Anhui have also used the cultural centers to stage shows of their own making, including Spring Festival night galas, according to the department.