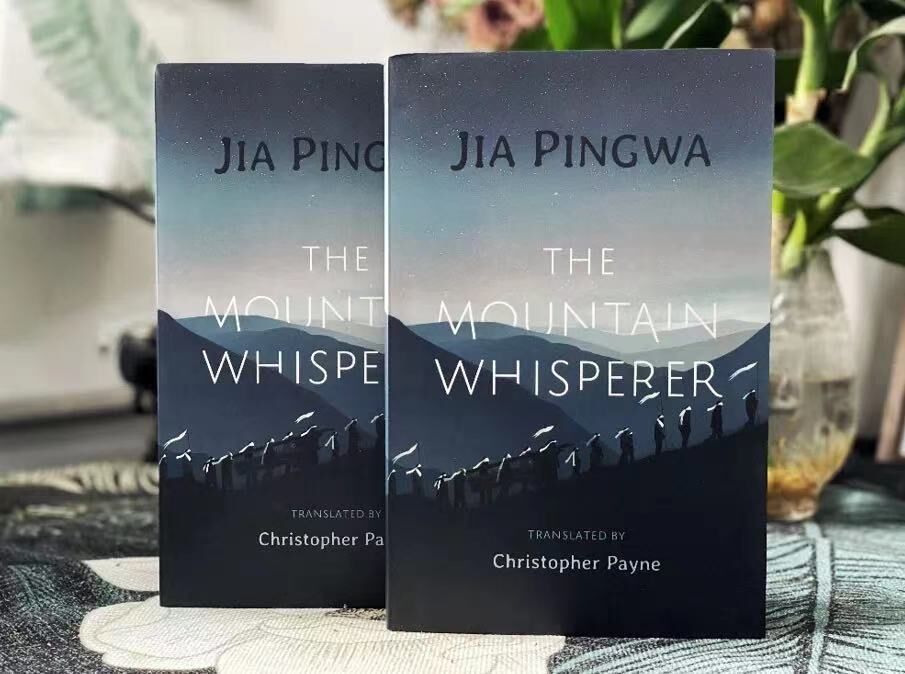 The English version of Jia Pingwa's latest title The Mountain Whisperer has been published in the U.K. in 2021. (Photo: China.org.cn)

More than 300 participants gathered virtually across Asia, Europe and North America on Friday to celebrate one of China's literary giants: Jia Pingwa. In attendance were Jia himself, along with publishers, translators, booksellers, scholars and readers across three continents.

The event, titled Jia Pingwa – Master storyteller of Rural China, was held with the support of the China National Tourist Office's initiative, 'Rediscover China in the UK'. It explored the fascinating literary history of this Shaanxi native and how the mountains and rivers of his home province inspire his writings, as well as offering a survey of his books in English translation.

Born in 1953 and living and working in Xi'an, Shaanxi, Jia is one of the biggest names in modern Chinese literature. He has written more than twenty novels, as well as a series of essay collections and short stories. In his writing, he tackles a range of pithy subject matters, among them rural poverty, trafficking of women and China's Cultural Revolution.

Among those who spoke at the event was Nicky Harman, winner of the 2020 Special Book Award of China and the 2015 Mao Tai Cup People's Literature Chinese-English translation prize, who has turned her talents to the writing of many of China's best authors, including A Yi, Yan Geling and Xinran. She has also translated Jia Pingwa's Broken Wings (2019 ACA Publishing) and Happy Dreams (2017 Amazon Crossing). She gave a fascinating analysis of Jia's works in English translation and his place in China's literary landscape.

Christopher Payne, Associate Chair of English and Chinese Translation at the University of Toronto, and translator of Jia's latest title The Mountain Whisperer, talked about a few of the challenges posed by translation, and introduced us to some of the more interesting characters that he encountered while translating Jia's generational saga. Christopher has previously worked on co-translating the critically-acclaimed novels Decoded and In the Dark by Mai Jia and collaborated with Olivia Milburn to bring Jiang Zilong's magnum opus, Empires of Dust, to an Anglophone audience.

The Mountain Whisperer is the epic tale of a funeral singer who bears witness to many of the violent and traumatic events that took place in China during the 20th century. From the civil war and the founding of the PRC, through to the Great Leap Forward, Cultural Revolution and opening-up era, Jia explores these developments through the eyes of ordinary, fallible people – soldiers, peasants, petty tyrants and local officials – many of whom seek to use the era's rolling political campaigns and purges to satisfy their own petty desires and ambitions.

The seminar was wrapped up by Dr Robin Gilbank of Xi'an Northwest University who explored some of the culinary delicacies of Shaanxi, which feature heavily in Jia's works.

The talk was part of Sinoist Books' newest initiative, "The International Chinese Authors in Translations Symposium", which aims to host biannual talks about some of the best authors of China and their works in translation.