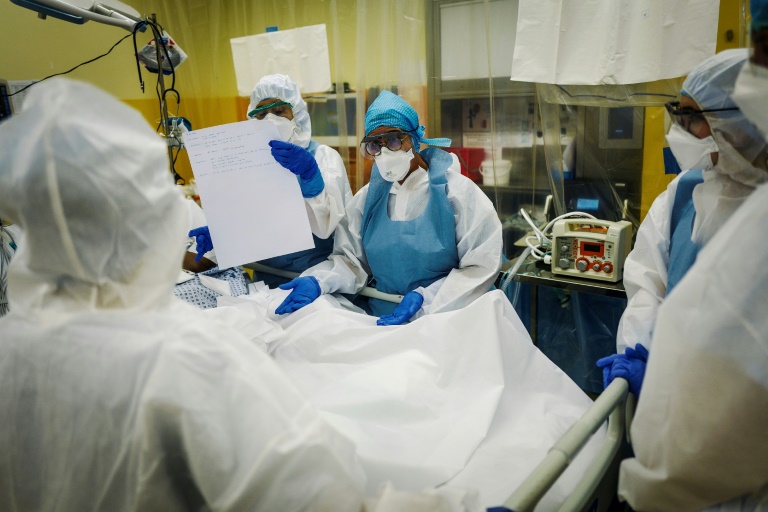 In the emergency rooms of virus hotspots around the world, medical staff are seeing a greater number of men than women suffering severe symptoms of COVID-19, with obesity emerging as another potentially aggravating factor. But experts are still unsure why.

What first began to appear as a pattern in China, where the virus emerged at the end of last year, has echoed through hospitals in Europe and the United States as the pandemic spreads.

"More men than women have serious problems, and patients who are overweight or have previous health problems are at higher risk," said Derek Hill, Professor of Medical Imaging Science at University College London.

Early statistics from Britain's independent Intensive Care National Audit and Research Centre on people treated in intensive care for the virus confirm this phenomenon: 73 percent are men and 73.4 percent are classed as overweight.

According to preliminary data of outcomes for those patients who had either recovered or died of COVID-19 in the period before April 3, obese patients were also less likely to recover after receiving critical care.

Some 42.4 percent of people with a body mass index (BMI) over 30 were able to go home after successful treatment, compared with 56.4 percent of patients with a BMI of less than 25.

French emergency rooms have seen "a very large proportion of overweight or obese patients," ICU doctor Matthieu Schmidt at the Pitie-Salpetriere hospital in Paris told broadcaster France 2, adding that "three quarters" of all patients were men.

In New York there is a similar picture emerging.

"I'm in the emergency room, and it's remarkable -- I'd estimate that 80 percent of the patients being brought in are men," Hani Sbitany, a reconstructive surgeon at Mount Sinai Health System who has been treating COVID-19 patients in Brooklyn.

"It's four out of five patients," he told the New York Times.

But why are so many men affected? Just months after the new coronavirus appeared, experts say it is too early to tell for certain.

The high incidence of men presenting with more severe symptoms is for now "an observation", said Jean-Francois Delfraissy, who leads the coronavirus science council advising the French government.

While he said there was "no clear explanation", he raised the theory that men had a higher frequency of multiple pathologies.

"I am very humble vis-a-vis this virus. I did not know it three and a half months ago. There are lots of question marks," he told France Info radio.

Some experts say that it might not be men's vulnerability that makes the difference, but women's immune strength.

"Innate immunity is better in women, especially before menopause," said Pierre Delobel, head of the infectious diseases department at the Toulouse University Hospital

James Gill, a locum doctor and honorary clinical lecturer at Warwick Medical School, said one idea was that women "may have a more aggressive immune system, meaning a greater resilience to infections".

Another, he said was that "the assumption that simply men don't look after their bodies as well, with higher levels of smoking, alcohol use, obesity", adding that the answer may be a mixture of both biology and environmental factors.

Obesity adds to health risks in general, with an increase in the incidence of diabetes and hypertension -- both identified as aggravating factors of COVID-19 in Italian and Chinese studies, along with age and to a lesser extent heart cardiovascular and cerebrovascular disease.

This raises a particular concern for the United States, where some 42 percent of adults are obese, according to the US Centers for Disease Control and Prevention, which has warned people with a BMI over 40 could be at higher risk of severe illness from COVID-19.

"We are worried about our American friends. They will probably have more problems because of obesity," said Delfraissy.