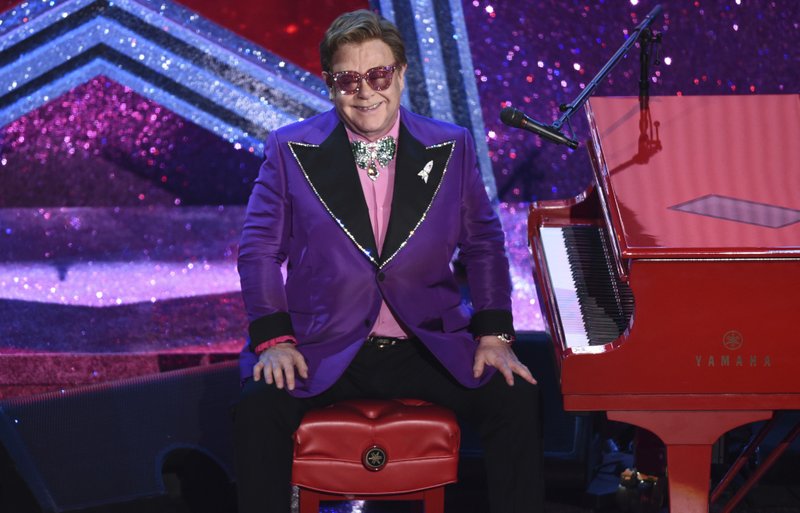 The musicians performed from their homes for the hourlong event that aired on Fox and iHeartMedia radio stations. The money will go to Feeding America and First Responders Children’s Foundation.

Other performers included Tim McGraw, H.E.R. and Sam Smith, who sang “How Do You Sleep” in a cappella form. Dave Grohl sang “My Hero” from his studio in Hawaii, Green Day’s Billie Joe Armstrong strummed his guitar to “Boulevard of Broken Dreams,” while Camila Cabello sang “My Oh My” from Miami with a guitar assist from beau Shawn Mendes.

The event took place during the time slot that was to belong to the iHeartRadio Music Awards. Procter & Gamble donated $500,000, which Fox Corporation matched. YouTube, is streaming the concert on iHeartRadio’s YouTube Channel.

Rihanna’s Clara Lionel Foundation is donating $1 million in grants toward COVID-19 response — a number that is being matched by Jay-Z’s Shawn Carter Foundation.

The combined $2 million will support undocumented workers, the children of front-line health workers and first responders and the incarcerated, elderly and homeless populations in New York City and Los Angeles.

Mariah Carey, The Isley Brothers and the Eurythmics will have to wait a year before they get inducted into The Songwriters Hall of Fame.

The Hall has rescheduled its annual gala to June 10, 2021. It was originally to happen June 11 but the coronovirus has wrecked most springtime and summer gatherings.

Others who made the 2020 — now 2021 — class include Steve Miller, The Neptunes — a production team comprised of Pharrell Williams and Chad Hugo — Rick Nowels and William Stevenson.

The Country Music Association announced Tuesday that it will not hold its annual CMA Fest in Nashville this year. The event draws thousands of country music fans every year.

The festival, which has been held for more than 40 years, is held in June and features several stages over a four-day weekend.

A statement posted on the CMA Fest website said those who purchased passes for this year can use them for next year’s festival in 2021 or request a refund. The statement said they “cannot in good conscience risk the health and well-being of our fans, artists, staff and country music community.”

The festival is also a major fundraising event that contributes to the CMA Foundation, which provides money for music education.