CULTURE Vlhova wins as Shiffrin made to wait for record

Vlhova wins as Shiffrin made to wait for record 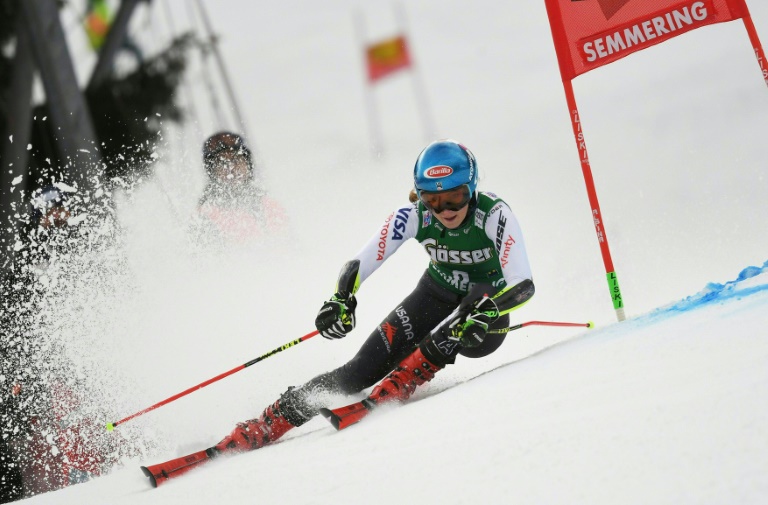 Shiffrin powers down the piste at Semmering to take the lead. (Photo: AFP)

Mikaela Shiffrin came up short in her bid to claim a record-breaking 15th World Cup win in a calendar year, as Slovakia's Petra Vlhova won for the first time this season in Friday's giant slalom at Semmering.

The 23-year-old Vlhova, who had only previously won in the slalom discipline, posted a combined time of 2min 4.72sec after an excellent second run to beat German Viktoria Rebensburg by 0.45sec.

Two-time defending overall champion Shiffrin, who has already won seven races this season, led after the opening run but made a costly error midway through her second effort and could only finish fifth.

The American, who is currently tied with Marcel Hirscher on 14 wins in 2018, will have another chance to claim her 15th victory of the calendar year in Sunday's slalom at the Austrian ski resort.

Victory would also have sent Shiffrin to the top of the giant slalom standings, but instead she slipped to third behind Italy's Federica Brignone and Frenchwoman Tessa Worley.

The 29-year-old Worley snatched a podium place on Friday with a strong second run, 0.15sec behind Rebensburg, who is still waiting for her first win of the campaign.