Thousands of dollars found inside a donated book has been returned to the former owner. 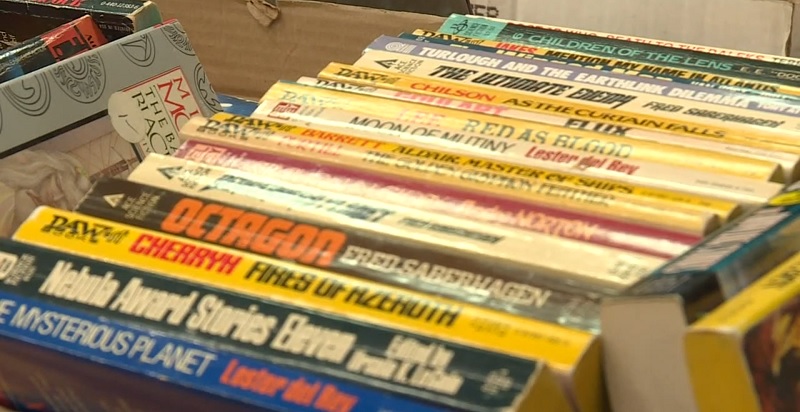 KPNX-TV reports that volunteer Cathy McAllister was sorting books for a charity book sale in Phoenix last weekend when she found $4,000 in a chamber cut inside “The Decline and Fall of the Roman Empire.”

The station says she initially thought the $100 bills were Monopoly money.

McAllister said the former owner also left a letter and an address label inside the book. The man’s family was contacted and the money returned.

McAllister said the man’s daughter asked him whether he’d done the same thing with other books. McAllister said she suspects the family went home and opened up every other book in the bookcase.