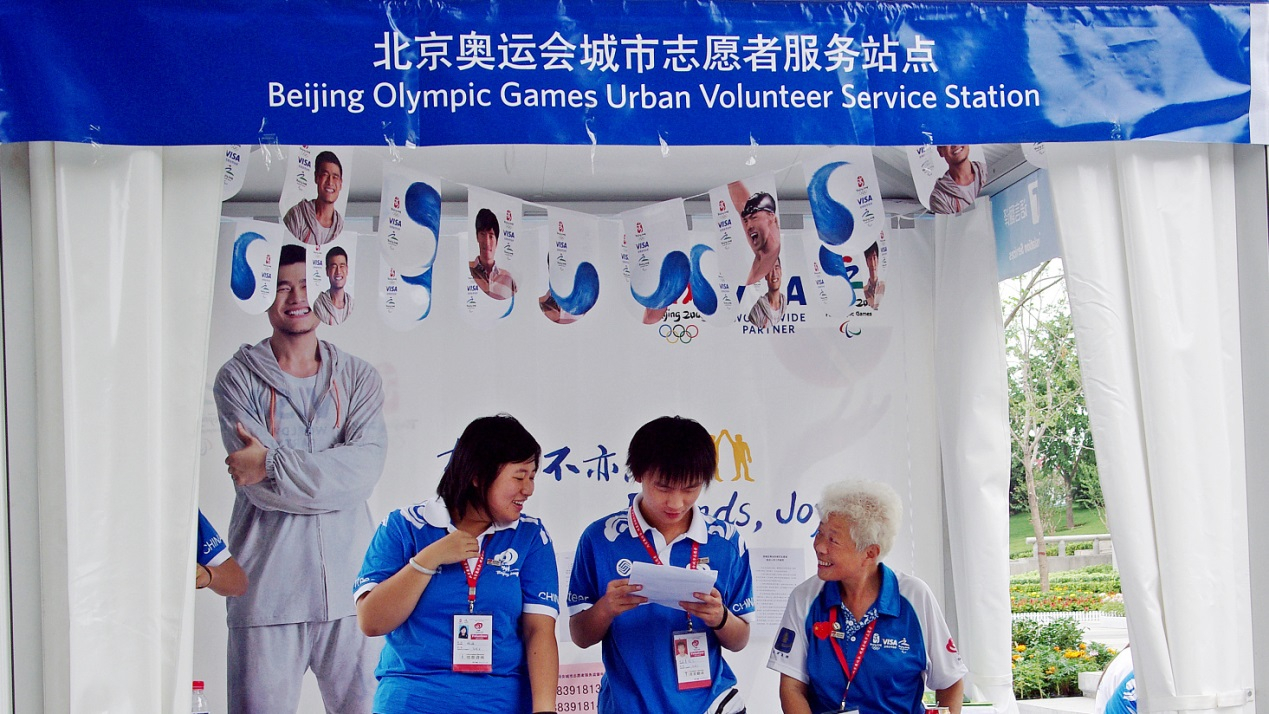 "I never thought I was too old to join at that time," said Chang, who was then a robust 66. "I just wanted to do my part for the Beijing Olympics which was a rare opportunity.”

She recalled facing a reporter from a Chinese news media and saying she thought it was not necessary to discuss whether the middle-aged and the aged were suitable for volunteering.

“I am the best example,” she said, “Once Olympic and Paralympic volunteer projects started, I signed up immediately and became a volunteer.”

Chang, now 76, learned the rudiments of first aid, English, sign language and Olympic history as a novice, and also read books and magazines about the Olympics and later made reading notes for information collection.

She said many foreigners would come to Beijing for the Olympics which required her learning a few English words about rituals and tourist attractions.

“I took free English courses in the city, wrote down the pronunciations in Chinese, and recited them.”

Another Games volunteer was Althea Liu, a 19-year-old undergraduate at the Communication University of China at the time. She worked as a press operations volunteer with the Beijing Organizing Committee.

Liu told CGTN after training from the end of June 2008, her almost-one-month job was assisting with baseball game reports as well as offering a correspondent service.

Based on Chinese official data in 2008, over 74,000 volunteers from 98 countries and regions were enrolled at the Beijing Olympics. Some 98 percent were from the Chinese mainland, about 500 from China's special administrative regions – Hong Kong and Macao, and Chinese Taiwan, along with more than 900 foreigners.

August 8, 2018, marks the 10th anniversary of the start of the Beijing Olympic Games. Volunteers at the Games impressed the world with their efficiency, goodwill and hospitality.

During the decade since, Granny Chang has been dedicated to volunteering, whether in sports events like the Beijing Marathon or at public places such as subway stations.

Her greatest dream is to become a volunteer at the Beijing Winter Olympic Games in 2022 when she will be 80.