CULTURE Vonn ‘hopeful’ she can ski again despite ailing knees

Vonn ‘hopeful’ she can ski again despite ailing knees 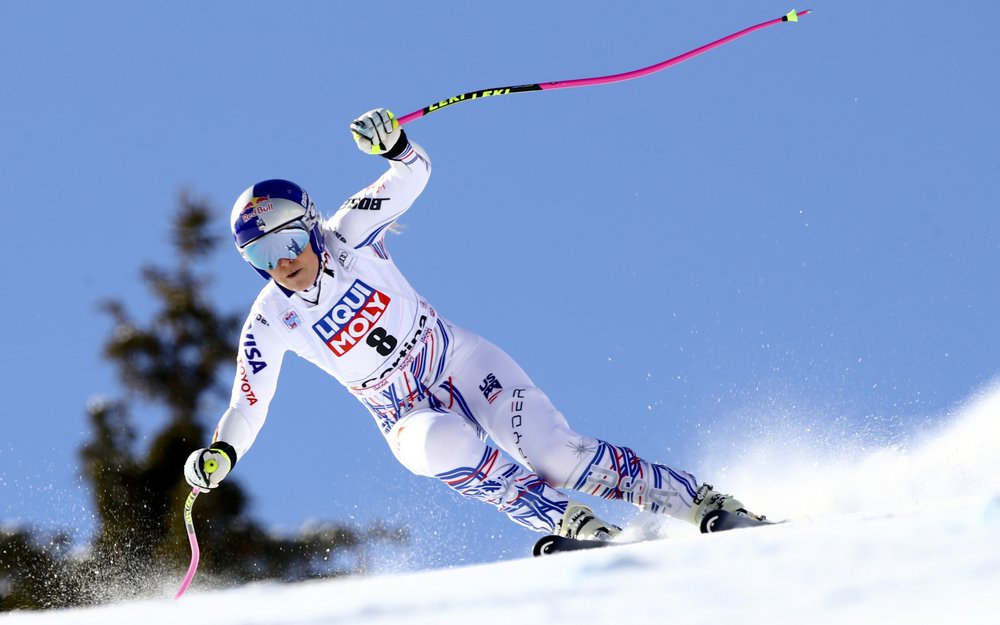 Lindsey Vonn isn’t quite done yet.

The most successful female skier in World Cup history said Wednesday that she remains “hopeful” she can fix her ailing knees and race again. She just doesn’t know when — or if— that will be possible.

“I’m taking things day by day and we will see what happens,” Vonn wrote on Instagram . “I know that I might not get the ending to my career that I had hoped for, but if there is a chance, I will take it.”

The announcement came three days after Vonn hinted at immediate retirement after failing to finish a super-G in Cortina d’Ampezzo, Italy, citing severe pain in both of her knees.

Vonn said the reason she had “so much pain and muscle shut down in Cortina was due to an impact injury to my peroneal nerve.”

“This most likely came from the final jump on the first training run in Cortina, but it’s hard to know for sure,” Vonn added. “After that training run, the pain got progressively worse each day and by Sunday my lower leg was in a lot of pain and my muscles had completely shut down.”

Vonn, who hadn’t raced all season because of a left knee injury, finished no better than ninth in three races in Cortina .

“Now that we know the problem the next issue is fixing it,” Vonn said. “So far we haven’t found a solution and as a result I will not be able to compete in tomorrow’s downhill training run.”

Downhill training in Garmisch-Partenkirchen, Germany, is scheduled for Thursday and Friday, followed downhill and super-G races this weekend.

Vonn needs to start at least one training run to race the downhill, per International Ski Federation rules. She can enter the super-G without any training runs.

“Since this is a new ‘injury’ per say, I remain hopeful that we can fix it,” she said.

Vonn has 82 wins — most among women — and four less than overall record-holder Ingemark Stenmark of Sweden.

After Garmisch, her next scheduled competition is the world championships in Are, Sweden, which open on Feb. 5.

Vonn had been planning to retire in December following races in Lake Louise, Alberta, where she has won a record 18 times.

If she is able to race again this week, Vonn’s skis are waiting for her.

“I have just arrived in Garmisch and set up my ski room,” Heinz Haemmerle, Vonn’s longtime ski technician, told The Associated Press. “The skis are ready whatever she’s deciding. That’s why I am here. Otherwise I could stay at home.”

Rainer Salzgeber, the racing director for Head skis, added that the company is preparing as if Vonn will race in Garmisch and then the worlds.

“For Heinz right now it looks like this,” Salzgeber told the AP. “But how it will end up in the next couple of days or hours I do not know.”

Vonn had returned to action in Cortina following an injury to her left knee — she hyperextended it and sprained a ligament while training in November. Also, her right knee is permanently damaged from previous crashes.

“I’ve had four surgeries on my right knee. I’ve got no LCL (lateral collateral ligament) on my left knee. I’ve got two braces on. There’s only so much I can handle and I might have reached my maximum,” Vonn said Sunday.

Patrick Riml, Vonn’s coach with the US Ski Team for much of her career and now a representative with Red Bull, one of Vonn’s main sponsors, said the decision will come down to how her body feels.

“Obviously there’s some issues and some limitations if she can’t put pressure on the leg like she wasn’t able to in Cortina,” Riml said.

“We all want to see her competing and doing a good job,” Riml added, noting that the pain may have become too much to endure. “That’s for every athlete. If mother nature makes that call it’s never fun.”