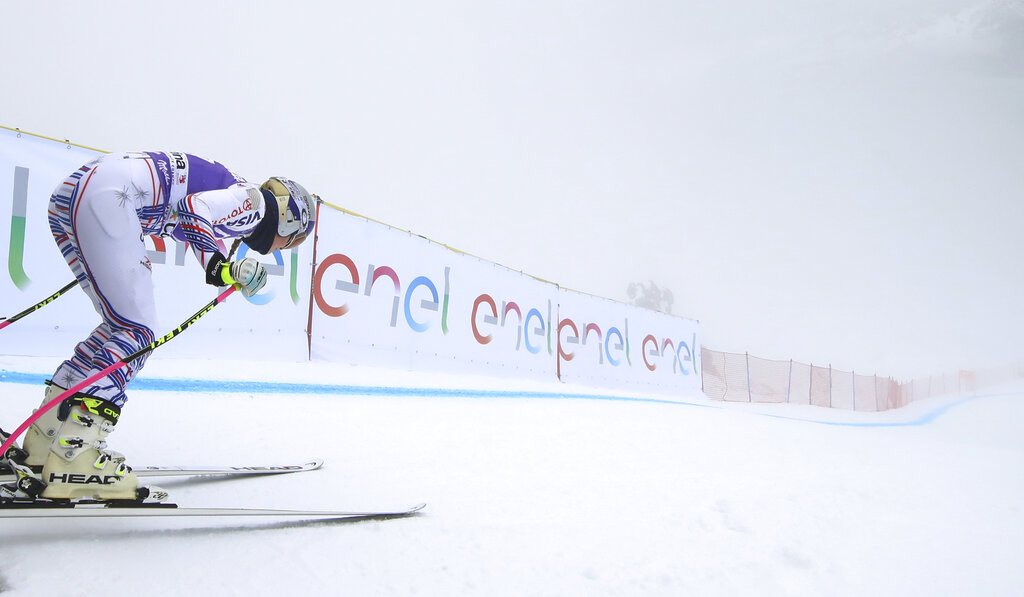 In foggy conditions, Vonn placed 10th, 0.76 seconds behind leader Ragnhild Mowinckel of Norway, and was a bit shaky landing the final jump on the Olympia delle Tofane course.

"I was really happy to be back in the starting gate. I was a little bit nervous — a couple more butterflies than normal," Vonn said. "I didn't take any risks. I was a little bit round and conservative but I skied cleanly and for the most part executed the line the way I wanted to, so I'm looking forward to tomorrow."

Vonn, who injured her left knee in November, will return to competition in downhill races on Friday and Saturday, followed by a super-G on Sunday .

Vonn plans to retire next season.

Tamara Tippler of Austria placed second in training, 0.06 seconds behind Mowinckel, and Romane Miradoli of France was third, 0.39 back.