CULTURE Vucic retains power in Serbia, but must balance Moscow and Brussels

Vucic retains power in Serbia, but must balance Moscow and Brussels 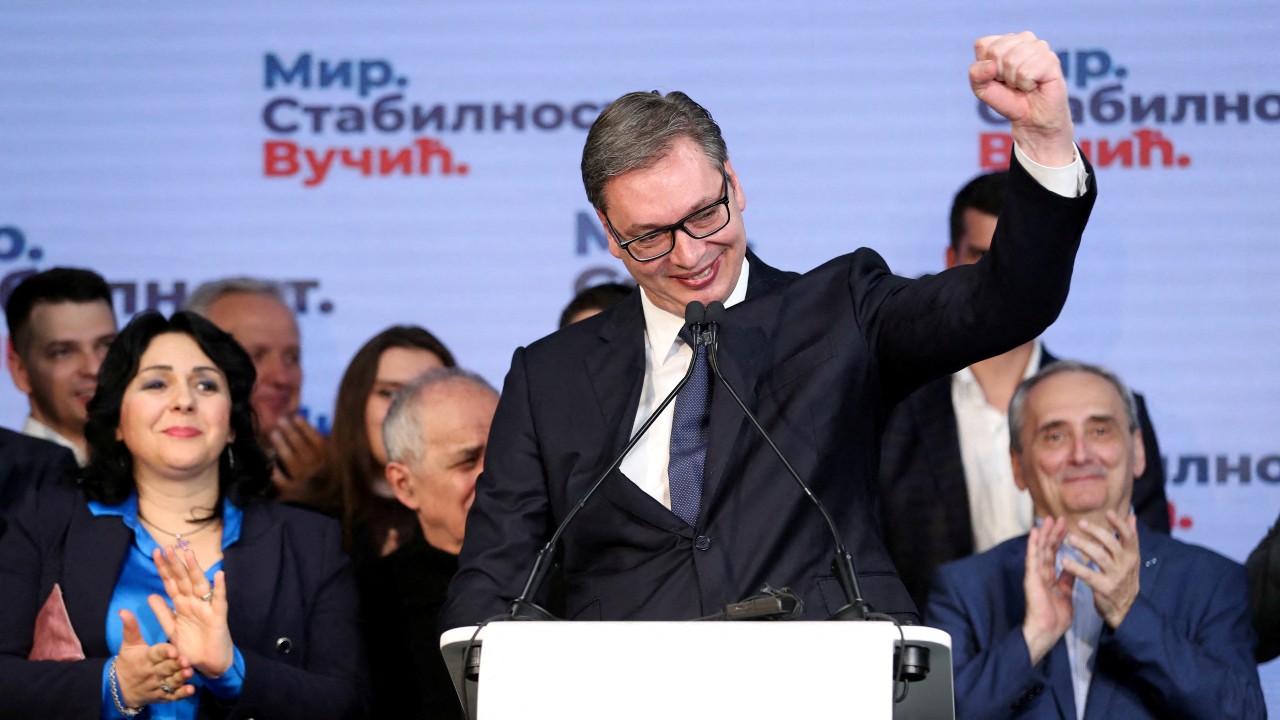 Serbian President Aleksandar Vucic overwhelmingly won re-election on Sunday, but his party will need a partner to form a government whose key task will be to balance ambitions to join the European Union while preserving traditional ties with Russia.

Vucic won 58.55 percent of the vote, the State Election Commission said on Monday after counting 96.19 percent of ballots, but in simultaneous voting for parliament his Serbian Progressive Party (SNS) fell short of a majority 42.92 percent.

It was the first time that a presidential candidate won a second mandate without a run-off vote. "I managed something no one else has done before me," Vucic said in a victory speech. "It wasn't even close."

Opposition candidate Zdravko Ponos, a retired army general, garnered 18.34 percent of the presidential vote, while his United for Victory alliance obtained 13.6 percent in the parliamentary vote. The Socialist Party of Serbia, a longtime SNS ally, came third with 11.51 percent.

The preliminary outcome suggested the SNS would have to seek coalition partners to solidify its domination in the 250-seat parliament, after a 2020 vote that was largely boycotted by the opposition, which left the SNS and its allies with 188 seats.

Under Serbia's constitution, a new government must be formed within 90 days of parliament being sworn in.

Vucic, a former nationalist firebrand accused by the opposition of autocratic tendencies and corruption – allegations he denies – ran for a second five-year term on a pledge of peace and stability following Russia's military campaign in Ukraine.

Russia's actions have prompted the most severe international sanctions ever against a major power, putting Serbia under Western pressure to choose between its historically warm relations with Moscow and its aspirations to join the EU.

In his victory speech, Vucic said Serbia plans to maintain "friendly and partnership relations" with Russia. He said Serbia would stick to its balancing act between its EU membership bid and close ties with Russia and China, a major investor.

Formally on the path to EU accession, Serbia has seen a rise in pro-Russian sentiment under Vucic and mounting skepticism and mistrust of the EU, even as the country's main financial inflows come from the bloc.

"Vucic has created this atmosphere of huge adoration for Russia and hypocrisy toward the EU," Biljana Stojkovic, the presidential candidate of a green-left coalition said. "I don't think he has understood the importance of [the Ukraine conflict] and the geopolitical changes." 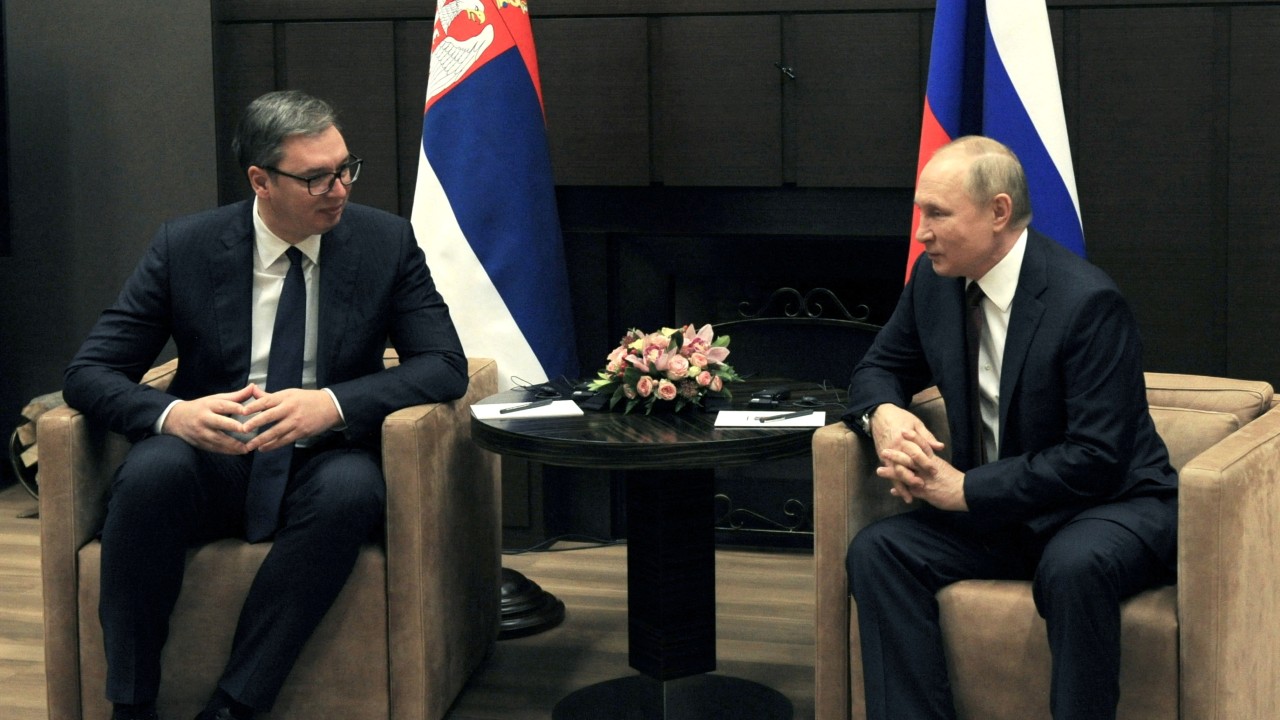 A telegram from Putin

Russian President Vladimir Putin congratulated Vucic on his victory. "I expect that your activity...will continue to contribute to the strengthening of the strategic partnership that exists between our countries," Putin said in a telegram to Vucic, according to a Kremlin statement. "This undoubtedly meets the interests of the fraternal peoples of Russia and Serbia."

The Kremlin praised the Serbian leader's "convincing" victory, adding that Putin hailed his "independent" foreign policies. Vucic has carefully managed Serbia's response to the Ukraine crisis, officially condemning Russia at the UN but stopping short of sanctioning Moscow at home, where many Serbs hold a favorable view of the Kremlin.

Serbia is almost entirely dependent on Russian gas for its energy and its army maintains ties with Russia's military. The Kremlin has also supported Serbian opposition to Kosovo's campaign for independence by blocking UN membership for Belgrade's former southern province.

However, Sasa Djogovic, an analyst with the Belgrade-based Institute for Market Research, said Serbia would have to swing away from Russia if it wanted closer links with the EU, and even join some sanctions against Moscow.

"I believe that the president of Serbia...is quite realistic...and that we will strive to have this (new) government as least pro-Russian as possible," he said.