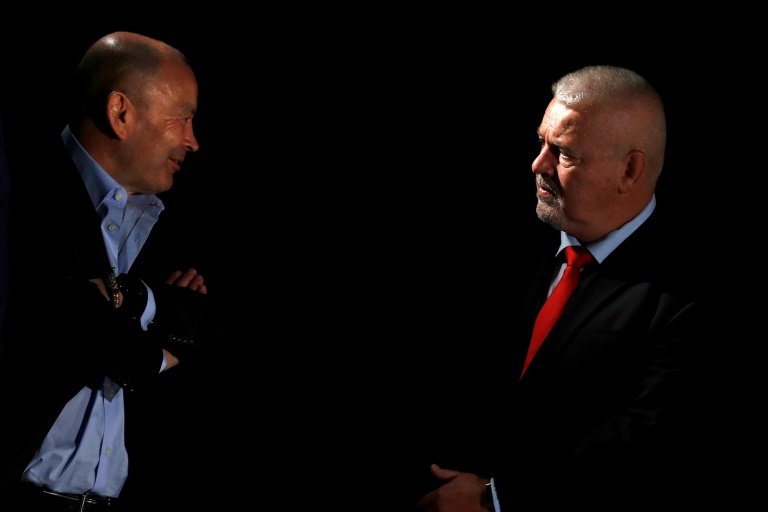 Wales coach Warren Gatland piled the pressure on Ireland ahead of the Six Nations Championship by installing them as favourites to win the World Cup in Japan later this year.

Ireland may be the Six Nations Grand Slam title-holders but they have yet to get beyond the quarter-finals of the World Cup.

However, they enter this year's Six Nations on a brilliant run of form after winning 11 of their 12 Tests in 2018, including a 16-9 victory over world champions New Zealand in Dublin in November.

"Ireland deserve to be ranked number two in the world, and you could argue that they are actually the best," said Gatland at the Six Nations launch in London on Wednesday.

"They are favourites to win the World Cup, and rightly so," added the New Zealander, himself a former Ireland coach.

"They are tough to play against, because of their ball retention, and you have to keep your discipline against them.

"They are one of, if not the hardest teams to play against at the moment."

Wales start the Six Nations away to France in Paris on February 1.

This will be Gatland's last Six Nations as the coach of Wales -- he stands down following the World Cup -- having led them to three Championship titles, including two Grand Slams, since taking charge in 2005.

Wales are unbeaten in nine Tests, their longest winning streak since 1999, and Gatland said: "We honestly believe that if we can win that first game against on Friday night we've got a great chance of winning the Six Nations."

Meanwhile Ireland coach Joe Schmidt, who in common with compatriot Gatland will leave his post after the World Cup, said: "You cannot close out outside expectations they are bound to leak in whether it is family or friends."

England, buoyed by three wins from four in November -- the lone reverse was an agonisingly narrow loss to the All Blacks -- will be looking to put last year's lowly fifth-placed finish behind them.

But they face a daunting opener, away to Ireland on February 2.

"We acknowledge that Ireland will be tough to beat at home we are preparing to win there," said England coach Eddie Jones.

"There are two contests against Ireland, one in the air and one on the ground and you have to win both of those to win the game. We'll pick a side to win those battles."

Scotland, for all they stunned England in Edinburgh during last year's Six Nations, have long struggled away from Murrayfield in the Championship.

This year they travel to Twickenham, where they have not beaten England since 1983, and Paris, where their last victory over France was in 1999.

"It would be great to get two wins under our belt but our two away matches are at places we have not won in 20 years and 35 years," said Scotland coach Gregor Townsend.

"What I want to see is a closing of the gap between our best performances and our not so good ones -- that is what I will count as success in this Six Nations," he added.

France's difficult 2018, could have been very different had they not succumbed to a late, long-range drop-goal from Ireland's Jonathan Sexton that beat them in their Six Nations opener.

"We have to remain focussed throughout the match as those last-minute losses to Ireland and South Africa showed," said France captain Guilhem Guirado.

"We are impatient to get going and against Wales show the true face of French rugby."

Italy, who have won just once in five Six Nations, start a seemingly perennial quest to silence the doubters who question their right to a place among European rugby union's elite away to Scotland.

"We are not stupid," said Italy coach Conor O'Shea. "We know the scale of the challenge.

"We want to look back on a performance (against Scotland) that we are proud of, and leave everything on the pitch," the former Ireland fullback added.