CULTURE Wales top of the world after beating England

Wales top of the world after beating England 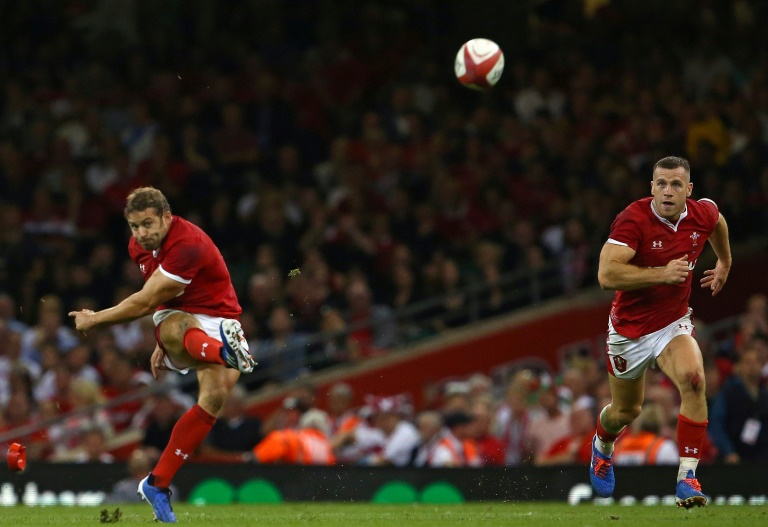 Wales topped the world rugby rankings for the first time after beating England 13-6 on Saturday in Cardiff, ending almost a decade at the summit for World Cup holders New Zealand.

The Welsh made up for missing out on top spot last week in losing to England by eking out a gritty win over Eddie Jones's side.

The All Blacks may have lost the top dog status -- they have held it since November 2009 -- but they handed out a warning with the World Cup approaching by thrashing Australia 36-0 earlier on Saturday.

"I think we probably got a bit caught up in all that last weekend," said man-of-the-match Dan Biggar.

"We want to keep going about our business we are looking to get better but it is nice to be where we are."

England captain George Ford said it was a disappointing performance but put the matches into context.

"It was a proper Test match and pretty physical," he said.

"However, I do not think people will remember these games when the World Cup begins."

Indeed Wales coach Warren Gatland may have more concerns about the fitness of full-back Liam Williams and flanker James Davies.

Williams cut a despondent figure on the sidelines after pulling up with a tight hamstring in the warm-up and was replaced by Leigh Halfpenny.

Injury-plagued Davies -- who with brother Jonathan Davies became the first pair of siblings to play for Wales since the Robinsons in 2006 -- had to make way for Josh Navidi in the 24th minute.

Biggar responded brilliantly to criticism from Wales legend JJ Williams, who had said he should not be the number one at the World Cup, first choice Gareth Anscombe having been ruled out, because of his lack of creativity.

The game shifted considerably to Wales's advantage just after the half hour mark with the hosts leading 3-0 through a Biggar penalty.

French referee Pascal Gauzere sin-binned Anthony Watson for a deliberate knock on when the Welsh had a three man overlap.

However, with the England winger running off Biggar caught the English napping and took the penalty immediately -- his cross field kick being taken by Josh Adams.

England managed to deny Adams but having probed deep into the 22 Biggar kicked cross-field again this time to the left wing and George North was there to collect it and touch down for his 38th try in Test rugby.

Whilst Ford had a word with Gauzere, Biggar converted for a 10-0 half-time lead.

England had not gone pointless in the first-half of a match since the 2011 World Cup clash with France.

Ford got England's first points finally in the 51st minute converting a penalty for 10-3 and added another shortly before the hour mark.

England rarely threatened the Welsh line going closest when Watson finally got his hands on the ball but was brought down five metres short.

Wales sealed their place at the top of the world rankings when late call-up Halfpenny knocked over a penalty with just under five minutes remaining.