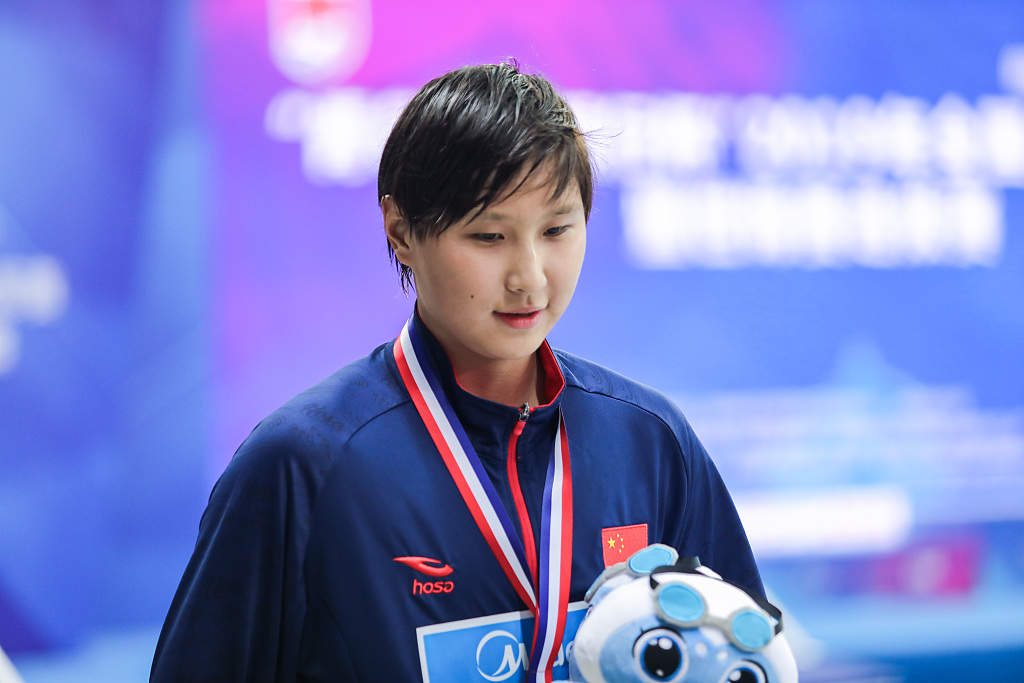 Wang, who won both 1,500m and 400m freestyle crowns, enjoyed her supremacy in the 800m by touching home in an Asian record of eight minutes 14.64 seconds.

"It was an unexpected result and my third individual title here. It was very difficult to improve my personal-best in my last race after 1,500m, 400m, 200m and relays," said Wang, who bettered the 1,500m freestyle Asian record at the 2019 Pro Swim Series in Des Moines on March 6.

"I am looking forward to competing in my first World Championships in Gwangju, South Korea this summer and show my best," the 182cm Wang said.

Li Zhuhao came from behind to take victory in the men's 100m butterfly in 51.81, beating individual medley expert Wang Shun into second.

The eight-day national championships will come to an end on Sunday.