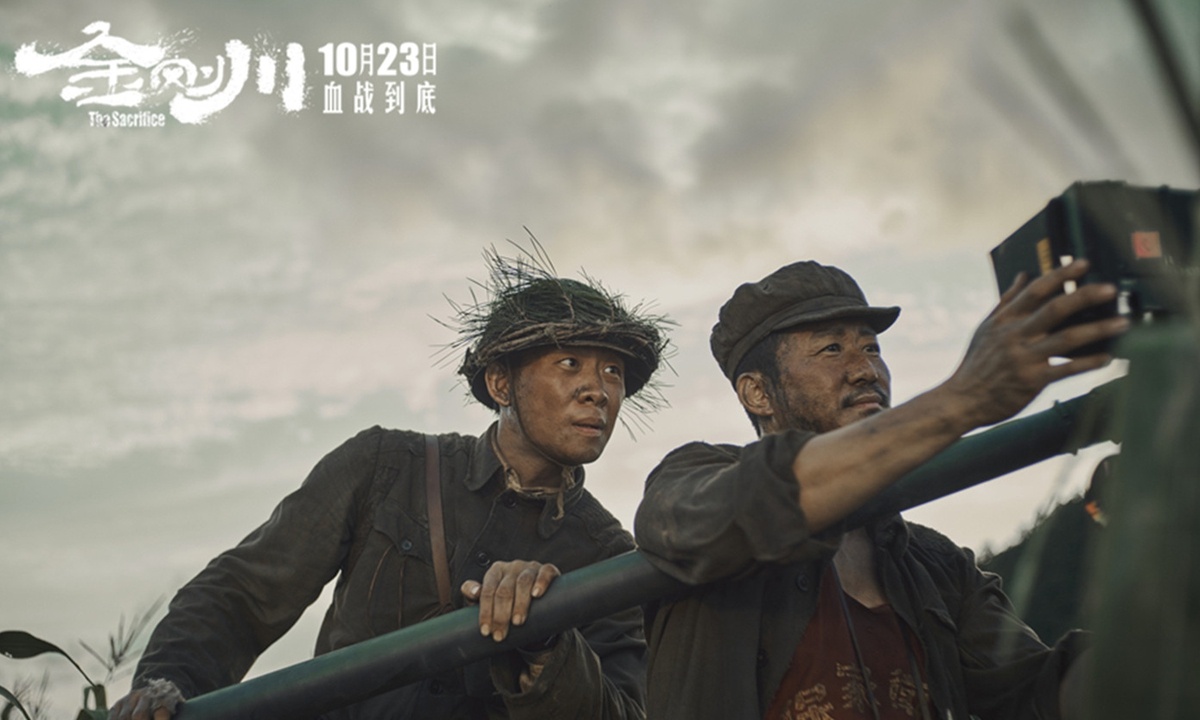 The War to Resist US Aggression and Aid Korea was not a popular topic for Chinese films in the past few decades, but Sacrifice, a film commemorating the 70th anniversary of the Chinese People's Volunteer (CPV) Army's participation in the War, has ignited moviegoers anticipation across China, putting it in position to set another box-office record following the success of blockbuster Chinese war film The Eight Hundred.

Due to current China-US tensions, the Chinese public has sensed hostility and bias from the US government. Add to this the timing of the 70th anniversary of the war, this has created an atmosphere in which the Chinese people want to see a victory against the US in cinemas and, by watching the film, show their respect for the martyrs and veterans of the war.

The studio behind the film, which hits Chinese cinemas on Friday, held a series of advance screenings on Wednesday for movie critics, columnists and journalists.

After watching the film at one of these screenings, I found the narrative of Sacrifice is unprecedented for a war movie in terms of its solemn presentation of this historic and political topic.

The film is about the last battle between the CPV Army and the US-led "UN forces" before the signing of the Korean Armistice Agreement in 1953 - the Battle of Kumsong, which marked an absolute victory by the CPV against US and South Korean forces.

The story is not about the main battle but narrows its focus to a bridge that the CPV forces must protect to prevent Chinese forces on the frontline from becoming trapped and get annihilated by the enemy. Dominating the air, US forces have sent in fighter jets and bombers and called in artillery strikes to hit the bridge several times. But the CPV soldiers rebuild it again and again so that the thousands of Chinese troops can cross the bridge effectively to fight in the main battle.

The heroes in the movie are all ordinary soldiers rather than senior commanders, and the sacrifices they made while fighting against the better-equipped US forces were many, but none of them were afraid of death. Some even fearlessly attracted the attention of US fighter jets to draw fire off of the troops crossing the bridge. Sacrifice is not only the name of the film, but also the main message that the film's three directors want to convey as this was the key reason why Chinese troops could defeat the US despite the latter's overwhelming advantages in firepower and resources.

After a screening in Beijing on Wednesday, Guan told media that "My mother is also a veteran of the war who was sent to Korea in 1952 when the war at its fiercest stage, so I also felt it my own responsibility to make this film" and "use a modern narrative to tell the Chinese people today about how we won that war 70 years ago."