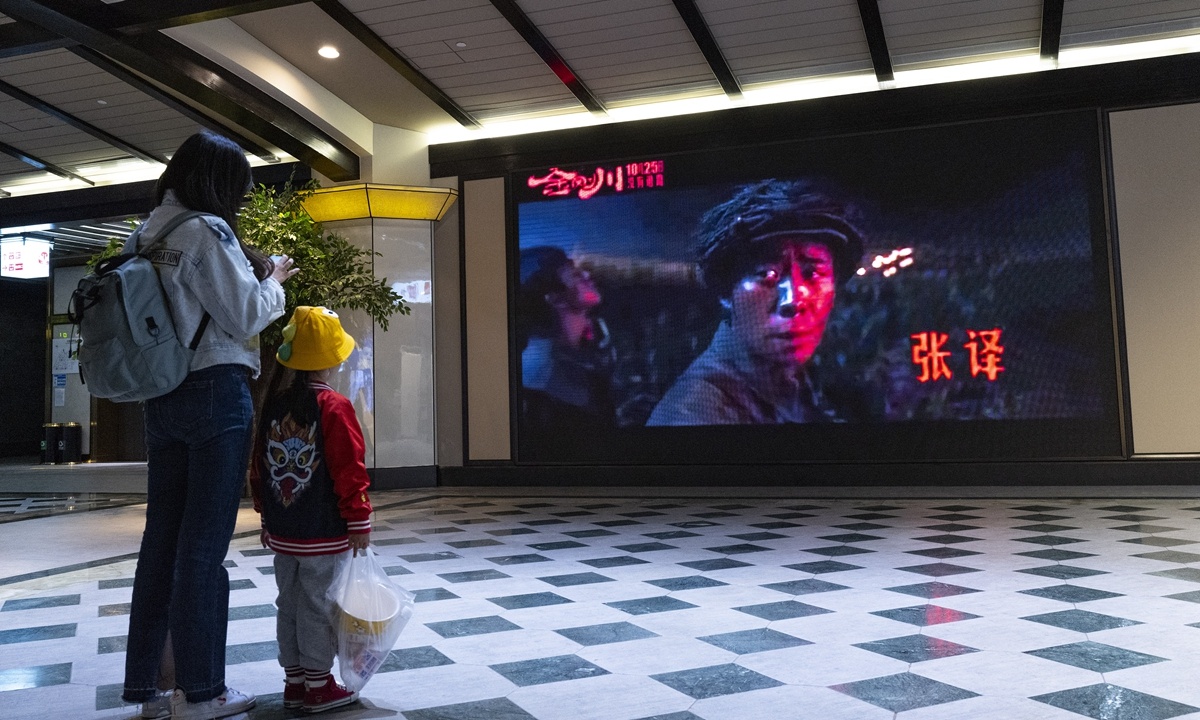 A woman and her son watch the trailer of the move Sacrifice in a cinema in Beijing on Friday. (Photo: cnsphoto)

Powered by the popularity of the recently released war film The Sacrifice, IMAX China has set a record for the best October box office in the Chinese mainland, it announced on Tuesday. Since its release, The Sacrifice has received high praise and great reviews.

Debuting on Friday, the film was screened in 673 IMAX theaters over the weekend, earning 21 million yuan ($3.2 million). As of Sunday, IMAX's October box office in the Chinese mainland has reached 180 million yuan, a new all-time record that surpassed the number created in October 2019 despite coronavirus restrictions limiting theater capacity to 75 percent.

IMAX's cinema network in the Chinese mainland has continued to thrive with local language films following the record box-office performance it saw during the 2020 National Day holiday at the beginning of October. Since cinemas in the mainland began reopening in late July, IMAX has earned 460 million yuan at the mainland box office, bringing its box-office market share to 4 percent.

Taking place during the Korean War, The Sacrifice depicts shocking historical battles and features with a gripping narrative. Showing it on IMAX's big screens with immersive audio-visual effects is sure to provide audiences with a more vivid experience while watching this highly rated film that commemorates the 70th anniversary of the Chinese People's Volunteers' sacrifice during the war.

The Sacrifice has earned more than 420 million yuan at the mainland box office in its first five days of release.