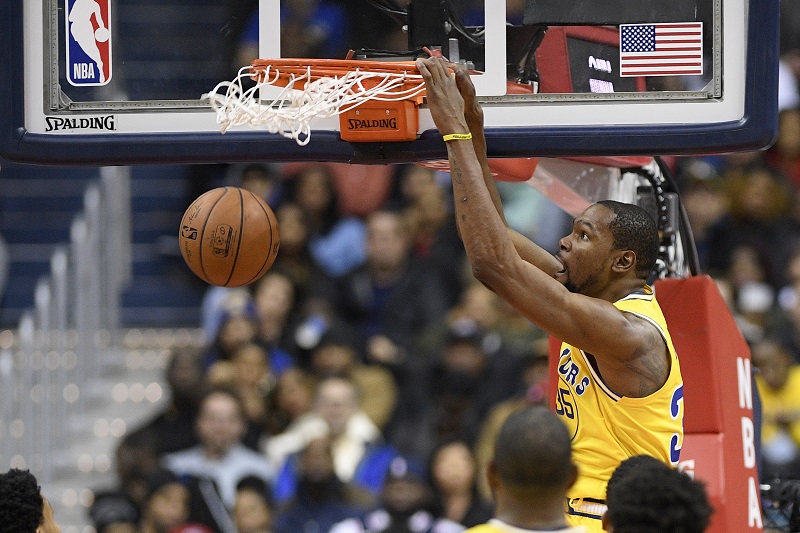 Golden State Warriors forward Kevin Durant (35) dunks during the second half of the team's NBA basketball game against the Washington Wizards, Thursday, Jan. 24, 2019, in Washington. The Warriors won 126-118. (Photos: AP)

The two-time defending NBA champions put up 70 points in the paint after shooting 1 of 6 from the outside in the first quarter. Curry was at the forefront of Golden State's drive-the-paint strategy as he made just two of his eight 3-point attempts and was 12 of 16 inside the arc.

Durant, from nearby Suitland, Maryland, was 9 of 18 from the floor.

Center DeMarcus Cousins had 17 points in 24 minutes in his third game with the Warriors since missing almost a full year with a ruptured left Achilles tendon. Cousins was a matchup nightmare in the post against Washington, which went with a small lineup for most of the night.

Trevor Ariza led the Wizards with a season-high 27 points and Bradley Beal had 22 points as their two-game winning streak came to an end.

Westbrook finished with 23 points, 17 rebounds and 16 assists for the 119th triple-double of his career. The Thunder improved to 10-5 this season when he gets one.

Paul George had 23 points and 11 rebounds, and Steven Adams added 20 points and 13 rebounds for Oklahoma City, which won its fourth straight.

The Pelicans were without star center Anthony Davis, who missed his third straight game with a left index finger sprain, and the team announced Thursday that Nikola Mirotic will be out at least a week with a right calf strain.

Jrue Holiday scored 22 points and Darius Miller matched a career high with 21 for New Orleans, which has lost four of five. 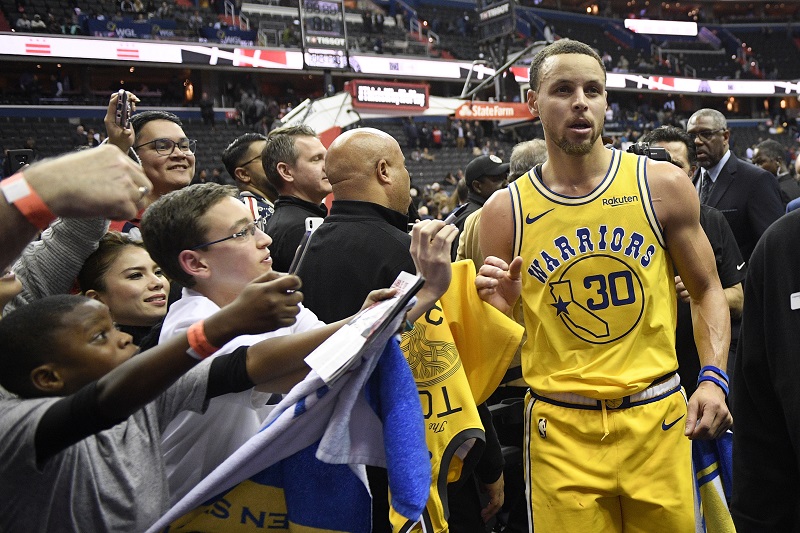 PHOENIX (AP) — Damian Lillard scored 24 points, CJ McCollum and Jake Layman added 20 apiece and the Portland Trail Blazers pulled away in the second half to hand the short-handed Suns their sixth straight loss.

The Trail Blazers beat Phoenix for the ninth straight time. Portland has won four of five and eight of 11 overall.

Devin Booker scored 27 points for the Suns, but only nine after the first quarter. Kelly Oubre Jr. added 18 on 6-of-18 shooting. Dragan Bender, forced into the starting center role due to injuries, had 17.

Andrew Wiggins added 23 points and Jerryd Bayless scored 16 off the bench for the Timberwolves, who have won three straight.

Rajon Rondo had 15 points, 13 assists and six rebounds in his first game since injuring a finger on Christmas, but the Lakers lost their third in a row. Brandon Ingram had 20 points and Kentavious Caldwell-Pope scored 13.

LeBron James missed his 15th consecutive game because of a groin strain.