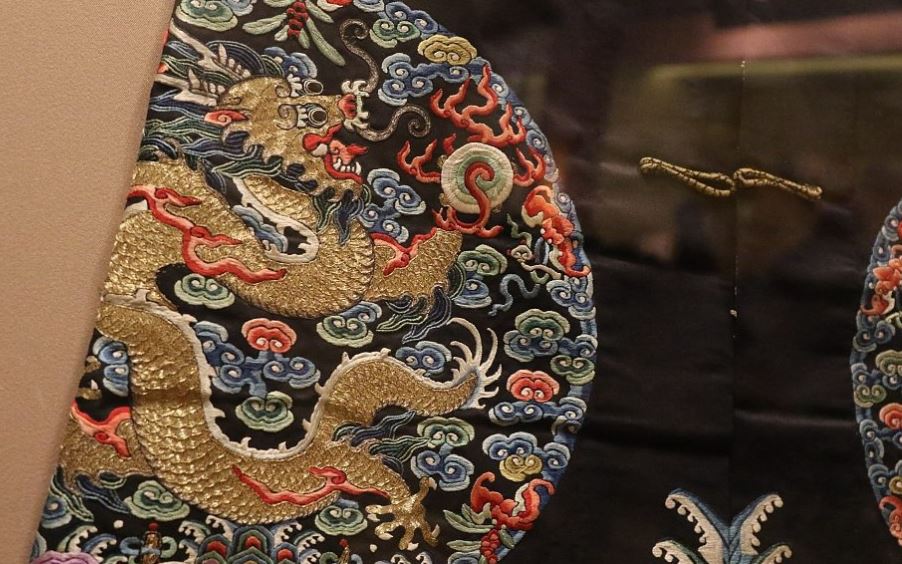 A costume used by Emporer's wives during celebrations is displayed in Beijing, November 23, 2018. (File photo: VCG)

US State Department said on Friday that an exhibition showing the lives of the empresses of China's Qing Dynasty will open later this month in Washington, DC.

"Empresses of China's Forbidden City, 1644-1912" will be open for media preview at the Smithsonian's Freer|Sackler institution on March 28, prior to its public opening two days later, according to an email sent to journalists by the Washington Foreign Press Center under the US State Department.

The show, the largest in 10 years for the US museum of Asian art, "reveals the untold stories of Qing Dynasty empresses through nearly 135 objects made for, by, and about them," the email read.

"Of some two dozen empresses from the period, the exhibition focuses on five who helped shape the dynasty and left a lasting impact and legacy," the State Department noted, "for the time, these women held power and the exhibition explores their influence through religion, art, and politics."

"Despite the empresses' accomplishments and status, they are largely missing from Qing court history," said the Freer|Sackler in a separate statement issued earlier on March 5, "Through imperial portraits, narrative paintings, furnishings, attire (jewelry and costume) and religious art, the exhibition reveals and fills in the little-known details about the world of these women and how they were able to influence court history in many spheres, including religion, art and politics."

The majority of the objects on display, including rare treasures that have never been on view in the United States, come from the Palace Museum in Beijing, also known as the Forbidden City, according to the Freer|Sackler.

As part of the celebration of the 40th anniversary of the establishment of US-China diplomatic relations, the exhibition, which will continue till June 23, is organized by three institutions of the two nations, namely, the Freer|Sackler, the Palace Museum in China and the Peabody Essex Museum in Salem, Massachusetts.