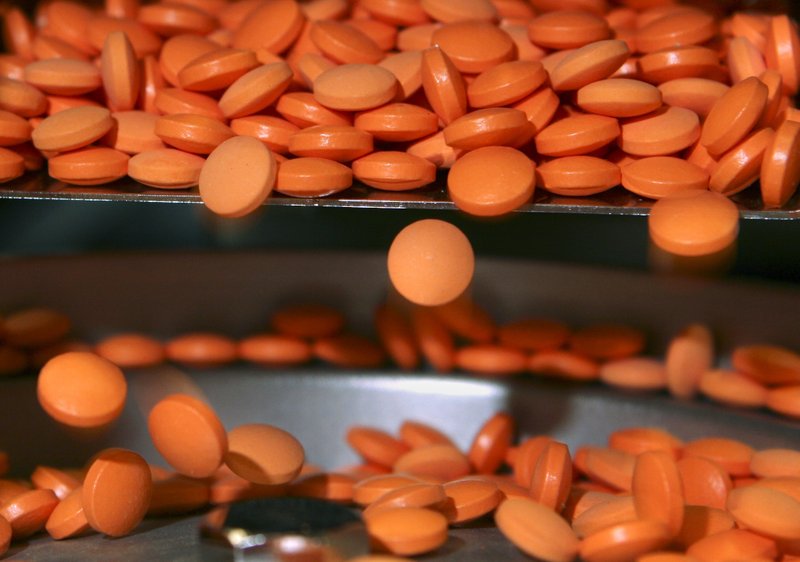 Thousands of foster children may be getting powerful psychiatric drugs prescribed to them without basic safeguards, says a federal watchdog agency that found a failure to care for youngsters whose lives have already been disrupted.

A report released Monday by the Health and Human Services inspector general’s office found that about 1 in 3 foster kids from a sample of states were prescribed psychiatric drugs without treatment plans or follow-up, standard steps in sound medical care.

Thousands of foster children may be getting powerful psychiatric drugs prescribed to them without basic safeguards, says a federal watchdog agency that found a failure to care for youngsters whose lives have already been disrupted.

A report released Monday by the Health and Human Services inspector general’s office found that about 1 in 3 foster kids from a sample of states were prescribed psychiatric drugs without treatment plans or follow-up, standard steps in sound medical care.

Among the situations investigators encountered was the case of a 6-year-old boy diagnosed with ADHD, learning and speech disorders, outbursts of temper and defiance, and hair-pulling disorder. He had been put on four psychiatric drugs.

But a medication review questioned the need for some of the medications. Of the four, two were discontinued and one was reduced in dosage, investigators said. Two different medications were then prescribed.

Investigators found no evidence that a treatment plan for the boy had been developed in the first place, before starting him on medication.

In another case, an 11-year-old boy had been put on two medications after being diagnosed with ADHD, anxiety and behavior problems. But over a three-month period his foster mother had problems getting prescription refills. By the fourth month, the boy’s life was out of control. His decline included stealing, lying, bullying and an in-school suspension.

Investigators found there was no requirement in that state for case workers to follow up with foster parents about medications. The lack of effective follow-up contributed to the boy’s downward spiral.

“These children are at greater risk of not getting the medications they need, but equally important, they are at risk of getting powerful medications that they do not need,” Maxwell said.

The inspector general is recommending that the HHS Administration for Children and Families develop a strategy to help states meet their existing requirements for prescribing psychiatric drugs to foster children, and to generally raise standards for case-by-case oversight.

In a formal response to the report the children’s agency said it may need additional legal authority. The agency also said it is committed to making sure foster children get psychiatric medications only when medically appropriate. Officials noted that the inspector general’s findings covered just five states.

Foster children come into the mental health system with added complications. Their most basic connections in life have been stressed or severed. They may have suffered neglect or abandonment. They may have witnessed or been a victim of abusive behavior or violence.

A 2010 study from the Tufts Clinical and Translational Science Institute found that estimated rates of psychiatric drug use among youth in foster care are much higher (13 percent to 52 percent) than among youth overall (4 percent).

Compounding the challenge for foster children is the fact that responsibility for their well-being is often divided among foster parents, birth parents, relatives and case workers. That can increase chances for miscommunication and conflict, not to mention everyday problems going unaddressed until they escalate.

Caring for foster kids is a shared responsibility of state, local and federal agencies. The federal government provides grants to state programs and also covers health care for foster children through Medicaid, which spends hundreds of millions of dollars annually on psychiatric drugs. Nationally, it’s been estimated that about 120,000 children in foster care take at least one such medication.

The inspector general scrutinized a sample of 125 cases from each of five states with the highest overall percentages of foster children treated with psychiatric drugs. Those states were Iowa, Maine, New Hampshire, North Dakota and Virginia. The cases covered the period from October 2014 through March 2015. Investigators looked at each state’s compliance with its own particular requirements for treatment planning and follow-up.

Maxwell said the finding that 34 percent of children did not have either treatment plans or follow-up monitoring translates to about 4,500 children in the five states examined. She said the national number would certainly be higher but the design of the inspector general’s review did not allow for a simple extrapolation. Even among the five states cited there were wide differences.